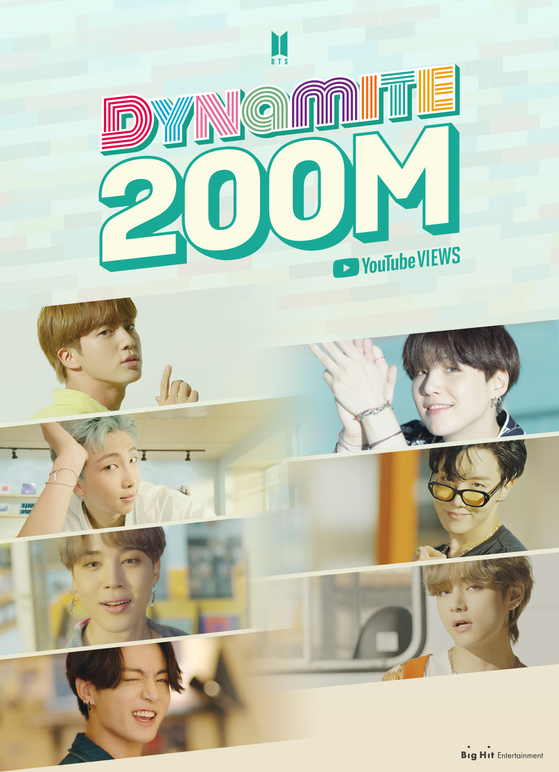 
BTS smashed yet another record with its latest single "Dynamite."

The music video for the single surpassed 200 million views on YouTube just four days after it was released on Friday last week, the band's agency Big Hit Entertainment said on Wednesday, the fastest for any video on the platform to reach the 200-million mark.

"Dynamite" bested the previous record, also held by BTS, and the music video for last year's hit "Boy With Luv," which surpassed 200 million views in 11 days and 19 hours.

BTS now also holds the record for the highest number of music videos with over 200 million views, welcoming "Dynamite" as the 16th music video to surpass the threshold.

"Dynamite" is a bright and bubbly disco dance pop track, released by the band in hopes of cheering people up amid the coronavirus pandemic.