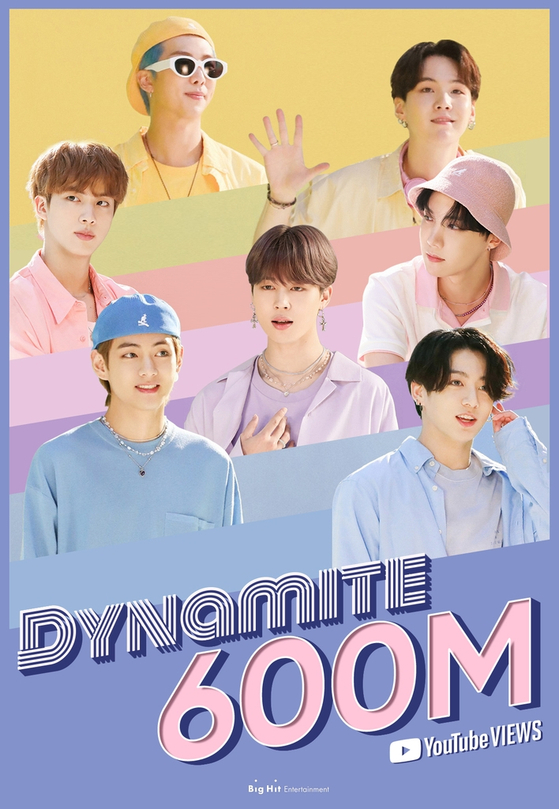 According to its agency Big Hit Entertainment, the music video hit the threshold Tuesday around midnight, less than three months since the music video was uploaded on YouTube on Aug. 21.

Released on Aug. 21, it topped the U.S. Billboard's Hot 100 singles chart three times and continued its long-term success by remaining in the top 10 until the 11th week of its release.

The music video for "Dynamite" garnered 101 million views in the first 24 hours of its release, making it the most-viewed YouTube music video in 24 hours.