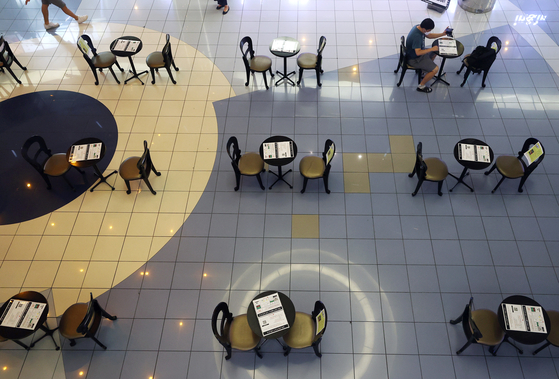 Tables at a theater in Seoul are distanced from each other. [YONHAP]


With a surge in the number of coronavirus-confirmed patients in Korea in recent weeks, many individuals and institutes are making changes to their plans for summer vacation.

The Cultural Corps of Korean Buddhism announced that it will completely stop operating temple stay programs at 137 temples across the country until Sept. 6. It is the second time for the religious group to put a temporary halt on its temple stay programs since February. The move to shut down completely came after the institute’s decision to temporarily close temple stay programs in some regions including Seoul, Gyeonggi, Busan, Incheon and South Chungcheong until Aug. 30.
“We thought some strong measures are inevitable and essential at this time to keep the pandemic from spreading further, so we decided to stop the operation,” said Wonkyung Sunim, who is also known as Monk Wonkyung. “With damages from heavy rains on top of the pandemic, many temples are voicing their difficulties, so we will give the best support to them to minimize any possible damages.”

Other regional offices have also stopped their online promotions to encourage people to take time to travel. Some of the cities in Jeolla that were working together to promote travel along the coast ran a special promotion to provide free passes to popular travel destinations in Gwangyang, Yeosu, Suncheon and Boseong on a first come, first serve basis, but decided to temporarily stop the event, following the notices given by the national government. 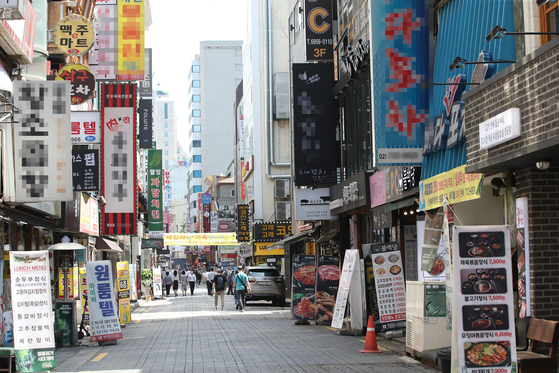 A street filled with restaurants in the office-heavy area is empty. [YONHAP]


Following in the footsteps of movie theaters and other large facilities that check the temperature of anyone entering and keep a list of all the people coming inside the building, smaller-sized restaurants have also started to do the same.

Diners are also growing into the habit of calling ahead to check what hours are relatively less crowded in restaurants that are known to be popular to avoid any possible contact with strangers. Many do keep their masks on until their food is served, and tend to eat quickly in order to put their masks back on sooner and limit the amount of time they are exposed.

Streets filled with restaurants by office-heavy towns like Jongno are emptier than usual and those that do show up usually take their food to-go.

The state-run travel agency also continues to find more sustainable ways to promote what’s available in Korea for the future when taking a trip becomes more feasible in the future. 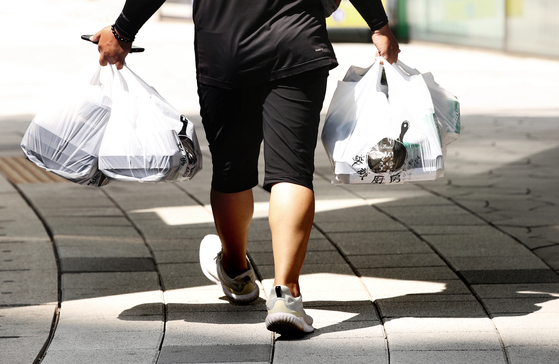 
Local hotels are also adapting to the unprecedented times.

The Andaz Seoul Gangnam has introduced a “Grab & Go” service for food prepared at its restaurant, Jogakbo. Its burger with hanwoo (Korean beef) as well as paninis, sandwiches and wraps are all available to take out and enjoy at home or at a socially safe distance.

The Korea Tourism Organization decided to announce its change of direction when it comes to the promotion of Korean travel to overseas on Aug. 26.

It has designated K-pop idol group ITZY as a new ambassador for this year’s promotion to communicate better digitally. It has also developed a variety of characters under the name of Kingdom Friends to use on many different travel goods as well as emoticons for online.

For those who still have to take trips in these times, many travel websites share tips on how to do so safely.

Expedia, one of the largest online travel service providers encourages anyone that has to take international travels to constantly check if non-citizens can enter the country as the situation can change at a moment's notice. You also need to check what medical or visa documentation each country additionally requires you to submit. Check the website of the World Health Organization (WHO) to get the most up-to-date coronavirus-related information for the country you intend to visit.

Beat the heat in the gorgeous valleys of Goesan County