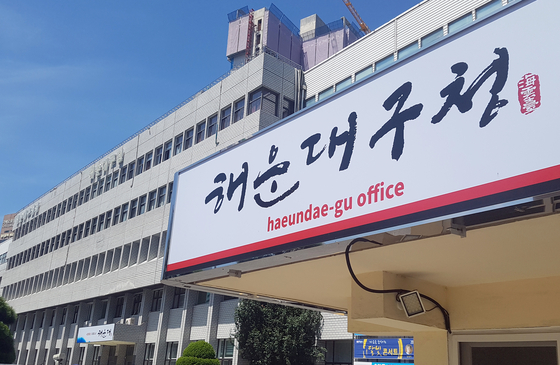 The government office of Haeundae District in Busan. [YONHAP]


The government office of Haeundae District on Thursday ordered the “Mr. Trot” concert being held at Bexco in Busan this weekend to reduce the number of audience members in fear of another spike in Covid-19 infections.

From Friday to Nov. 1, a total of five concerts are scheduled to be held in Bexco.

Organized by the cable channel TV Chosun and show production company Showplay, 5,000 audience members will be permitted per concert. However, the local government decided that number should be scaled down to 4,400.

Organizers are reported to have accepted the office’s demands and will limit audience members and eliminate seats for guest invitations.