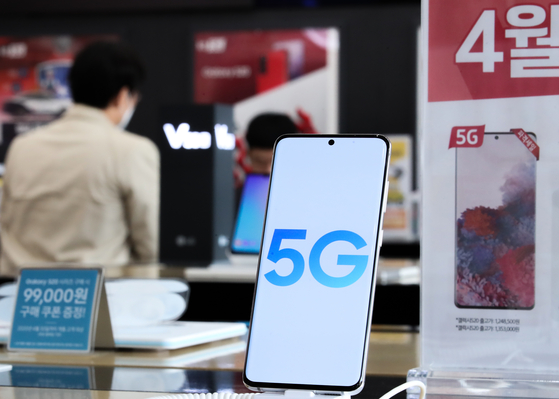 Under the contract, Samsung Electronics America will provide, install and maintain network equipment, mostly for 5G, for five years through December 2025.

It's the biggest single supply deal for network equipment ever landed by a Korean company.

Verizon is the largest wireless company in the world. Samsung's deal with the U.S. giant is significant in that it solidifies a foothold in a market that accounts for roughly 20 to 25 percent of global network equipment demand.

Analyst Lee Seung-woong of Hi Investment & Securities forecast in a September report that U.S telecommunications operators would start full-fledged investment in 5G networks starting from the fourth quarter of this year, with the market's largest players Verizon and AT&T in the lead.

According to the report, one issue that's been keeping them from expanding 5G coverage was a lack of a mid-band 5G spectrum, which is essential to ensure smooth 5G connection. After the U.S. government held its first auction for 5G mid-band spectrum in July, Lee predicted that the two leading companies would start huge investments in 5G.

"The capital expenditures [capex] of Samsung's new clients, Verizon and AT&T, account for 60 to 70 percent of all U.S. telecommunication operators' capex. These companies increasing investment will help Samsung Electronics secure a significant foothold in the U.S. market," he wrote.

According to Lee's estimate, the number of cell towers needed for 5G is 1.2 times larger than the volume currently used for 4G network.

Prior to the rollout of 5G, Samsung's position as a telecommunications network provider was not as strong as its foothold in phones and chips. The company's breakout as a network equipment provider came in April 2019 when it took part in the launch of a 5G network with Korean mobile carriers.

In the past year, Samsung signed supply deals with other major telecommunications operators, adding Canada's Videotron, U.S. Cellular and New Zealand's Spark to its list of customers.

Last year, the company managed to significantly increase its market share in the global network equipment market, jumping to 23.33 percent from 5 percent in 2018, according to data from research firm IHS Markit. Over that period, Samsung jumped from fifth to third place in terms of world market share for telecommunication network equipment.

5G was one of the four future growth drivers Samsung Electronics targeted in 2018 when it announced a massive 180-trillion-won investment plan over three years.

The global leader in this market with more than a 30 percent market share is China's Huawei. But after the U.S. government accused Huawei equipment of security risks, a number of countries have shunned it. This will work in favor of Samsung, analysts say, allowing it to grow as a network equipment provider in the 5G era.