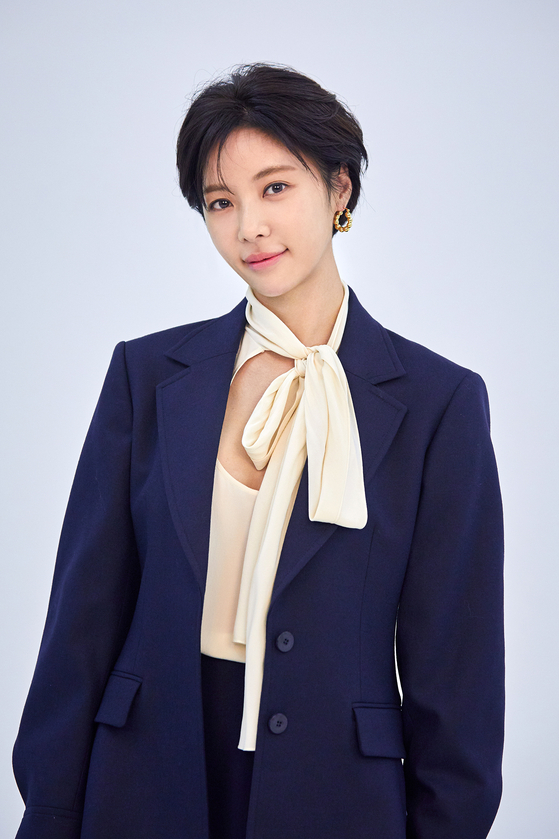 
Actor Hwang Jung-eum is a rom-com queen. Her acting is characterized by her ability by combine both a sense of humor and a softer side. Hwang's unique customization of each character she portrays also adds to the chemistry seen on screen with her cast mates. However, in her two most recent drama series, which she worked on back to back, “Mystic Pop-up Bar” on JTBC and “Men are Men” on KBS, the actor showed audiences a different side of her.

In “Mystic,” Hwang portrayed Weol-ju, a centuries-old bar owner whose misdeeds in a former life have led to her being punished by having to take care of her customer’s worries and troubles.

In “Men,” Hwang plays Hyun-joo, who declares she won’t ever marry and plans to stay single for rest of her life after coming to the conclusion that “men are men.” Although Hyun-joo is swayed when she is confronted with not one but two irresistible love interests, the backstory story reveals that her decision was deeply rooted in experiences from not only this life but her past lives as well.

Both dramas carry the themes of past lives, dreams, and resolving resentment and sorrow. 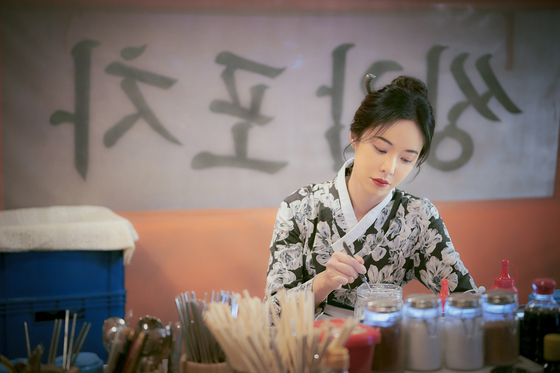 Hwang as Weol-ju, a centuries-old bar owner who is tasked with resolving the troubles of 100,000 customers if she wants to be reincarnated into a new life. [JTBC] 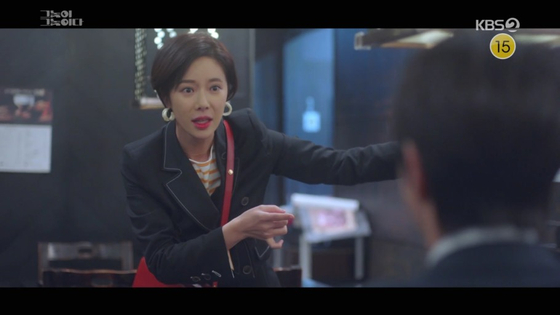 Hwang as Hyun-joo, a career-driven woman who is more interested in concentrating on her career than searching for a romantic connection. [KBS]


“I chose ‘Mystic’ because I thought the topic was very original,” Hwang said through a recent email interview with the press. “Plus, the story had a moral message which I thought could transcend [age and gender]. For ‘Men,’ the story about two people meeting each other again after failing to for their past three lives [was fresh too]. Dreams are part of people’s unconsciousness, and I think anyone would love to imagine — at least once — that they’re connected to the memories of their past lives. But in ‘Men,’ that’s about love, which is why it’s more romantic, I think. As pieces of [Hyun-joo’s and Ji-woo’s] moments in their former lives come together after their first encounter in this life, the narrative helped to stimulate curiosity and focus more on the characters.”

The sub genre of romantic comedy, which Hwang is probably best known for, is also present in both drama series, especially "Men." But the lovely traits of the characters she's previously played are replaced by a matter-of-fact straightforwardness — or a courage to speak out when one needs to — which is seen in both Weol-ju and Hyun-joo. 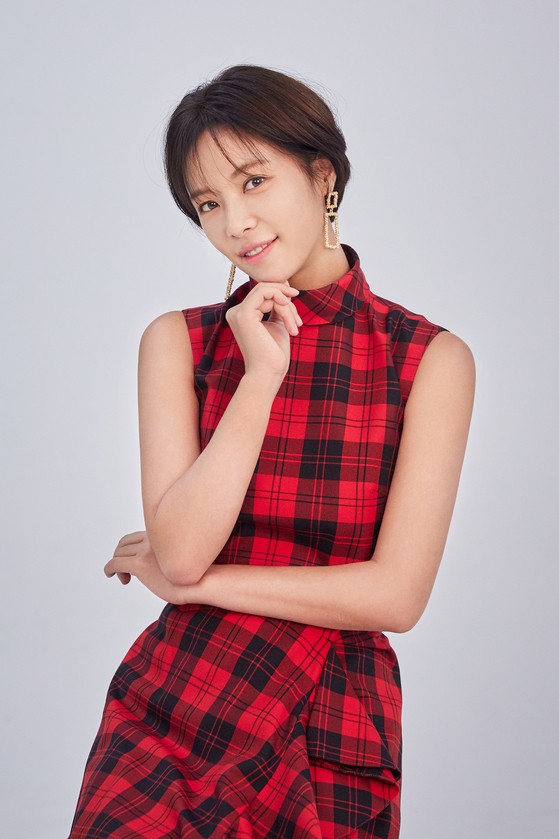 
“Thankfully, people seem to sympathize a lot with my acting,” Hwang answered when asked about her thoughts on her title as the rom-com queen. “They put themselves in my characters’ shoes and they seem to think of them as a friend, or a sister. Since viewers relate so much, I try to portray the characters as realistically as possible, and I guess I did a lot of rom-coms because the stories were about people. In all of the characters that I’ve done, there are bits of myself, but I do try to show new sides of me every time. And I don’t try to be funny just because it’s romantic comedy — I’m sincere, and those moments are captured to be comedy on the screens.”

The character of Hyun-joo decides that she's not “marriage material,” and she’s dedicated to her work. Even when she meets the love of her life, Ji-woo, she is able to persuade him to stay by her side without marrying.

“Hyun-joo is very hardworking,” Hwang said. “Not all people work toward achieving their dreams or love. The majority of us, I think, work hard and just peep at our dreams once in a while. That’s what I liked about Hyun-joo. She is diligent and seeks perfection, an idealistic career-driven person. She still “dreams” of meeting someone whom she can love but that she doesn’t have to marry. I loved that about her. She is always trying to make a better decision and living her life to the fullest, deliberating constantly about whether she’s making the right choice — and I wanted her efforts to be shown through me.”

Like Hyun-joo, Hwang is known as one of the most diligent actors in the business, constantly moving from one project to another and rarely taking a break from her work. 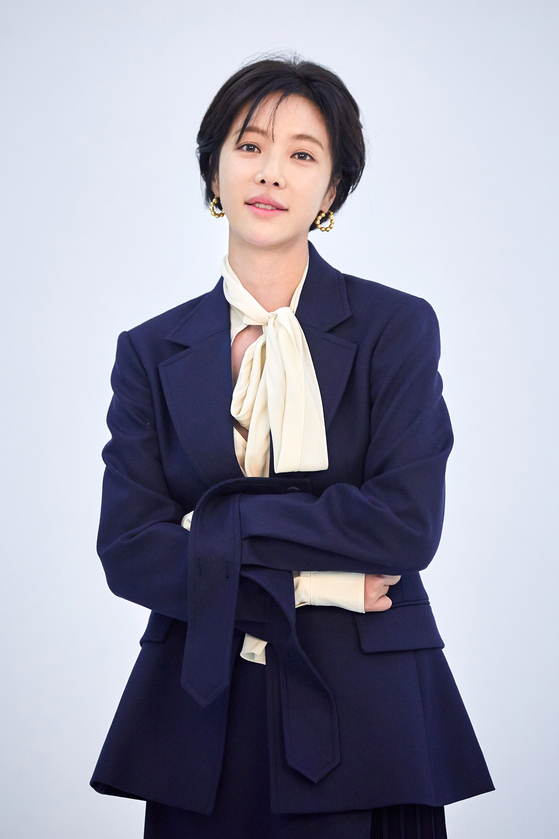 
“I’m just really thankful nowadays to continue to work and to have chances to meet good people and work on good projects,” the actor said. “When considering how grateful and happy I am for everything, I do think that I really do love my work. Recently I uploaded pictures that I took during my other series and when I see the characters inside the photos, I remember how fun it was to play that character. All in all, I’m just ever so thankful for this profession where I can act and express such good characters.”

Hwang also shared her favorite quotes from the drama series.

“In ‘Mystic,’ it was when Weol-ju consoled a customer who is suffering from gapjil (abuse of power) that we are all gap [the powerfuls],” Hwang said. “When I said this, I felt catharsis.

“In ‘Men,’ there is a quote that Hyun-joo says in her ceremony where she vows to remain single. She says, ‘I tried imagined what it would be like. How my life would be after marriage. But no matter how much I try, I couldn’t. It’s scary to imagine that strangers would be part of my family, to have and raise a child, and worries about being cut off from my work [due to marriage]. [Which is why] I decided to support myself, instead of my husband. Instead of my child, I’m going to sacrifice myself to my work and instead of looking for the love of my life, I’m going to live with the work that I want to do.’ Her worries and choices are what anyone living this generation can sympathize with, and it was inspiring to see Hyun-joo loving herself and standing firm with her beliefs.”