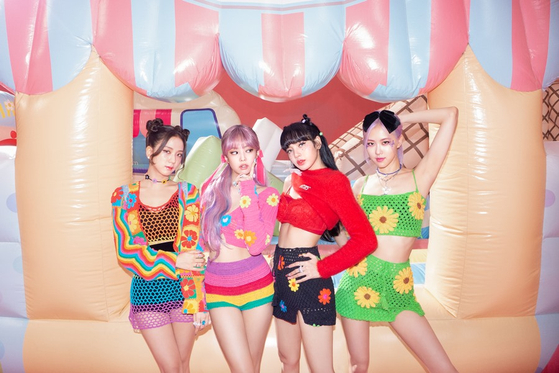 
Girl group Blackpink debuted at No. 13 on Billboard's Hot 100 singles chart with its latest single "Ice Cream" this week, the highest ranking ever reached by a K-pop girl group.

Blackpink's "Ice Cream," a collaboration with pop star Selena Gomez released on Aug. 28, landed at the 13th spot on Billboard's update on Tuesday, besting the group's own record of No. 33 achieved by "How You Like That" earlier this year.

According to Billboard, "Ice Cream" recorded 18.3 million streams and 23,000 downloads in the United States, as well as 5.1 million radio airplay listeners.

"This allowed 'Ice Cream' to sit on No. 2 of the Digital Song Sales chart as well as No. 8 on the Streaming Song chart and No. 32 on the Pop Song Radio Airplay chart," the agency said.

This is the first time for Blackpink to land its music on the radio airplay chart, which is notorious for having high entrance barriers for foreign-language songs.

Blackpink had its name on the Hot 100 chart three times this year, counting its collaboration with Lady Gaga on her track "Sour Candy." 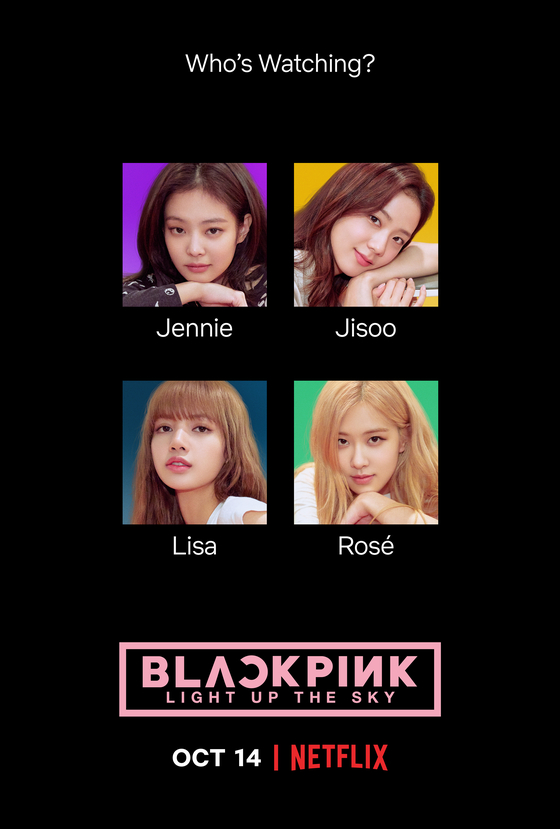 The poster for Blackpink's documentary "Blackpink: Light Up the Sky." [NETFLIX]


Meanwhile, Netflix announced that Blackpink will become the first ever K-pop act to have its very own Netflix documentary program.

The documentary, titled "Blackpink: Light Up the Sky," will be released on Oct. 14 exclusively on Netflix, and follow the group over the four years since its debut in 2016.

Never-before-seen footage of the girls in their dorms and practicing will be revealed, as well as interviews of the four members.

"We are so excited to share our story through a Netflix documentary with [official fan club] Blink all over the world," Blackpink said through its agency YG Entertainment.

"We hope this work can give the viewers joy."

Netflix will also allow viewers to choose the four members' faces as profile icons upon the release of the documentary.