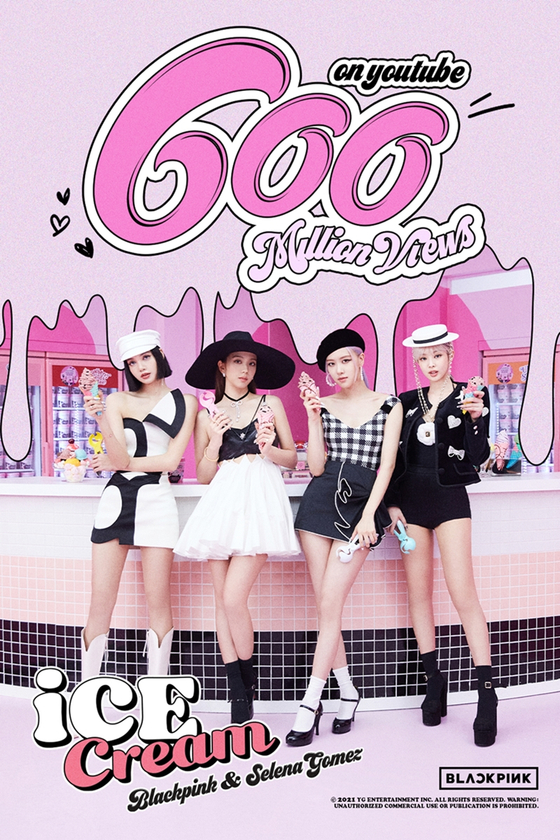 
The music video for Blackpink’s single “Ice Cream” surpassed 600 million views on YouTube on Wednesday, according to the girl group's agency YG Entertainment.

Originally released on Aug. 28, 2020, it took less than a year for the video to reach the milestone.

The pop song is a collaboration with singer Selena Gomez. Gomez and all members of Blackpink are featured in the music video.

“Ice Cream” debuted at No. 13 on the Billboard Hot 100 chart, the highest ever for a K-pop girl group, and remained on the chart for eight consecutive weeks.