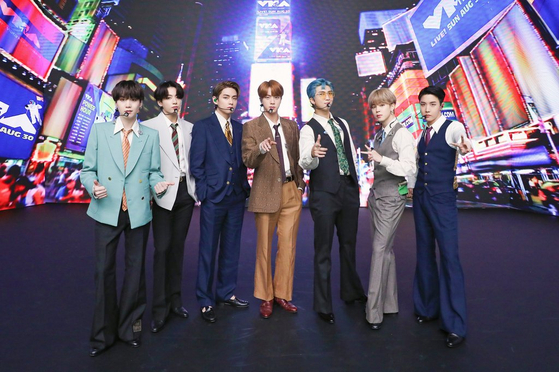 Boy band BTS was the most tweeted-about artist among Twitter users in the United States over the past six months, Billboard reported on Tuesday.

Billboard cited Twitter’s trend report “Twitter From Home” released on the same day, which analyzed the activities of U.S. Twitter users between March 1 to Sept. 1 during the Covid-19 quarantine period.

According to the report, BTS was mentioned more than rapper Kanye West, who recently made headlines by announcing he will run for the 2020 presidential election. Pop star Beyoncé came in third, after the release of her Disney Plus film, "Black Is King."

Boy bands NCT and Ateez also placed in the top 10 on the list, ranking sixth and eighth, respectively.

BTS released its English-language single “Dynamite” on Aug. 21, and topped the Billboard’s Hot 100 singles chart for two consecutive weeks and is continuing to dominate the global music scene in the third week of its release.

BTS will perform on NBC’s “America’s Got Talent” on Sept. 17 and at the “iHeartRadio Music Festival” on Sept. 19.