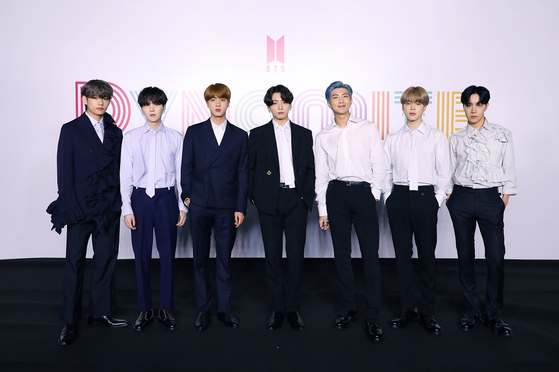 
Boy band BTS's latest hit "Dynamite" debuted at No. 30 of Billboard's Pop Songs radio chart, marking the highest ever entry for the band.

"BTS makes its grandest entrance yet on Billboard's Pop Songs radio airplay chart, as 'Dynamite' debuts at No. 30 on the list dated Aug. 29," Billboard said on its website on Monday.

The band saw the highest number of times played for its track, an all-English song, which subsequently led to its highest debut rank on Billboard's radio chart.


It was played 2,301 times within the first three days after it was released on Friday afternoon, surpassing its past record set last year with its collaboration with pop singer Halsey, "Boy With Luv," which entered the chart at No. 35 after being played 1,230 times.

BTS has been on a roll with "Dynamite," setting record after record such as the highest number of views within 24 hours on YouTube with its music video, which accumulated 111 million views with a day, while the song topped global streaming service Spotify's Global Top 50 chart on the day of its release. 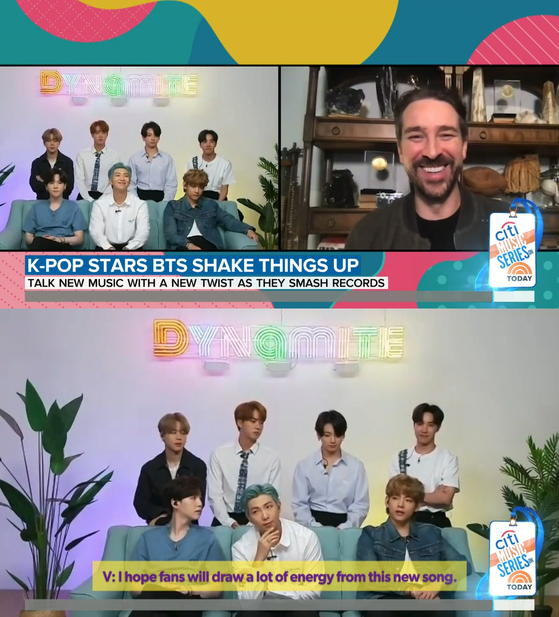 
The band was featured on NBC's popular "Today Show" on Monday, where they once again shared the importance of connecting and spreading goodness across the world.

The band will be performing the song for the first time on Aug. 31 at the 2020 MTV Video Music Awards.

Meanwhile, its agency Big Hit Entertainment released a "B-side" version of the song's music video on Tuesday, featuring several scenes that are different from the original music video.

"It will be a fun experience for people to look for the different scenes, which may be different camera angles of scenes or scenes that were cut," the agency said.