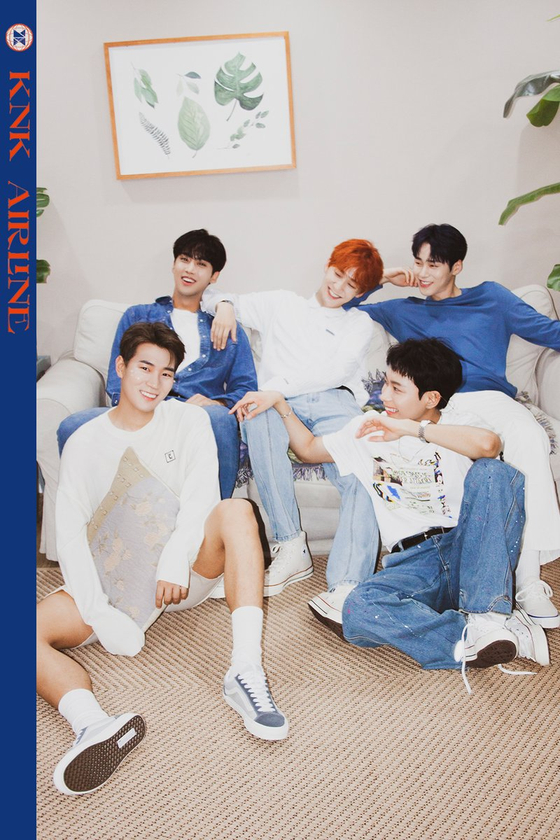 
Boy band KNK will release its third EP "KNK Airline" on Thursday, making a comeback to the music scene for the first time in over a year.

The band's agency 220 Entertainment released a preview video of KNK's new album on Tuesday midnight, revealing the travel-themed concept for the new release.

Five tracks will be on the EP, including the synth-pop lead track "Ride" penned by producer team The Hub and producer JQ, and the lyrics written by makeumine.

This will be the band's first new release since its single "KNK S/S Collection" which dropped in July last year.

"KNK hopes to take the listeners on a trip around the world, even if they can't do so in real life, during these hard times that keep them bored in their routine lives," the agency said.

Five-member band KNK debuted in 2016 with its single "Knock."

The band's name comes from the letters of the world "knock," and carries the meaning of "knocking on the doors of K-pop with music."