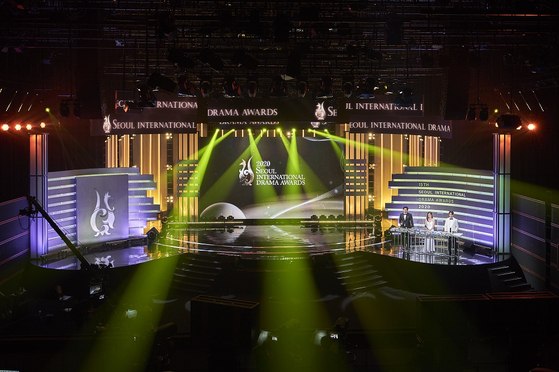 The 15th Seoul International Drama Awards (SDA) ceremony was hosted with the least number of presenters and no recipients due to Covid-19. [SDA]


The Grand Prize of this year’s Seoul International Drama Awards (SDA) went to the Brazilian drama series “Orphans of a Nation,” while KBS drama series "When the Camellia Blooms” took home five prizes at the annual award ceremony aired on MBC on Tuesday.

“Orphans of a Nation” centers around a Syrian refugee heroine and a male main character from Lebanon overcoming hardships with familial love. “The quality of the work was enhanced by a solid narrative that dealt with refugees and their plight, [along with] sophisticated visual aesthetics,” the judges are said to have evaluated.

“Bolivar,” a Columbian drama series, won the Golden Bird Prize, and Chinese drama series “Mr. Fighting” won the Silver Bird Prize in the Serial Drama Category. The former is based on the true story of Simon Bolivar, a revolutionary leader who liberated Latin America from the Spanish Empire in the 19th century. “Mr. Fighting” tells the story of an anonymous entertainer’s rise to stardom.

Other local drama series “Crash Landing on You” on tvN, “Hot Stove League” on SBS and “Extraordinary You” on MBC received the Outstanding Korean Drama prizes.

SDA Orphans of a Nation When the Camellia Blooms