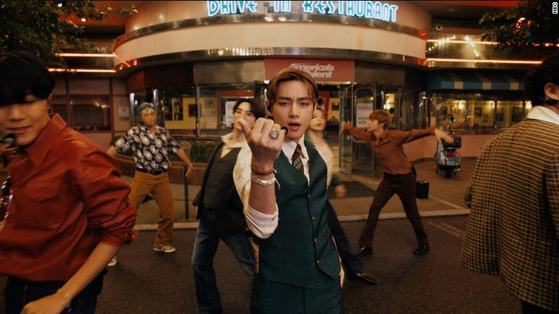 According to the group's agency Big Hit Entertainment this morning, the latest remixes, titled “Slow Jam,” “Midnight,” “Retro” and “Bedroom,” will be available digitally on major streaming services.

While the previous remixes are “upbeat and rhythmic songs suitable for daytime, the latest releases are for nighttime [and] can be calming and relaxing,” the agency explained.

“Dynamite,” the group’s first all-English single, has been breaking numerous records including topping the Billboard Hot 100 for two weeks. It became the 20th song in history to have remained on top of the chart for two straight weeks.

The group is currently in the United States, appearing on various programs like “America’s Got Talent” on Sept. 16. The next stage on their itinerary is the iHeartRadio Music Festival, which is set to take place on Saturday.