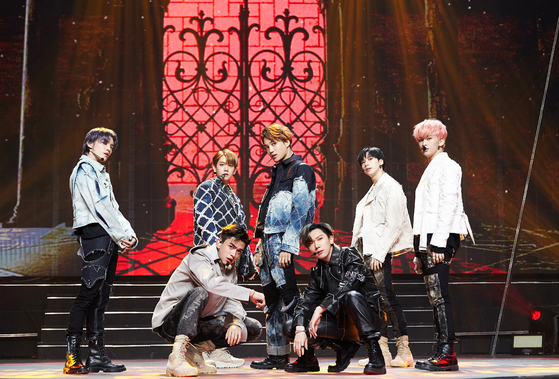 
Boy group Super M staged its first performance of the title track “One (Monster & Infinity)” from their first full-length album “Super One” on the Ellen DeGeneres Show on Thursday.

According to their agency SM Entertainment, the group appeared on the show for the second time to show off their energetic performance of the track. They first appeared on the NBC show last October with their single “Jopping.”

The title track “One” is a hybrid remix of their two tracks “Monster” and “Infinity.” The track was released prior to the release of their album “Super One” at 1 p.m. on Wednesday. Their album is scheduled to be released at 1 p.m. on Friday.

The group will count down the release of their album via live streaming on YouTube from 12:10 p.m. Friday as a way to interact with their global fans.

Seventeen to appear on 'The Ellen DeGeneres Show' on April 1