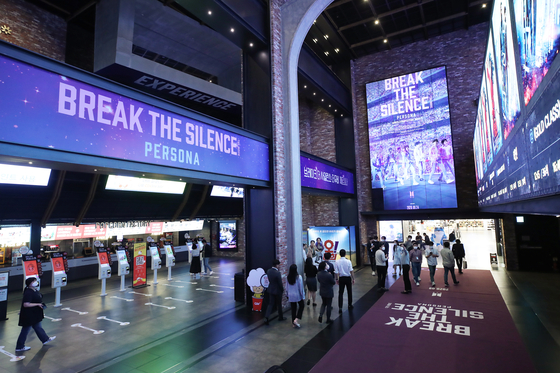 A cinema in central Seoul is decked out in purple to promote boy band BTS's fourth documentary "Break the Silence," which opened Thursday. [YONHAP]

According to the Korean Film Council, "Break the Silence" grossed 21,000 tickets across the country on its first day, despite appearing on only 37 screens in Seoul and 205 nationwide. 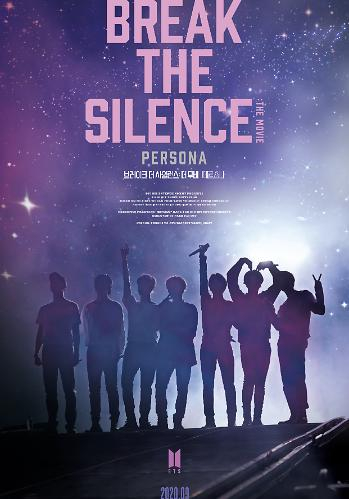 
"Break the Silence" is the band's fourth documentary movie following its journey to become the first Korean act to hold a solo concert at Britain's Wembley Stadium last year, with never-before-seen behind the scenes footage of the members revealing their private thoughts and ideas.

Thriller film "Diva" featuring actor Shin Min-a came in second place with 13,600 tickets sold on Thursday, after opening with a No. 1 spot in the local box office on Wednesday. Period action film "The Swordsman" featuring Jang Hyuk was also released on Wednesday, coming in at No. 2 on Thursday and falling to No. 4 on Friday.

The much-debated Disney action film "Mulan" rounded off the top five at the box office on Friday, with 5,700 tickets sold Thursday and 187,718 tickets in total.