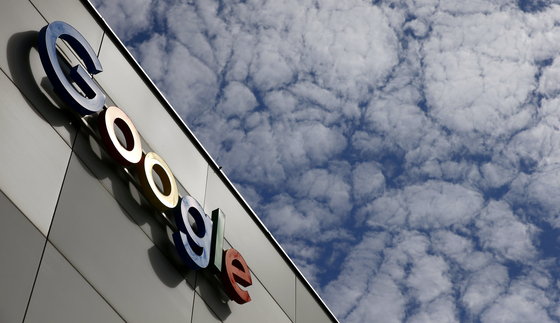 
Korean IT companies are furious over Google’s Monday announcement that it would collect a 30 percent commission on all in-app purchases in applications downloaded from its Play Store starting early next year.

Game apps have been required to use Google Play’s in-app payment system for in-app purchases by gamers, and Google took a 30 percent commission. Now that applies to apps in all categories including e-book, webtoon, music, video streaming and subscription services. Those apps did not have to use Google's payment system and could use others, such as credit cards.

The official implementation date of the policy is Jan. 20, but apps that are already doing business with Google have an extension until Sept. 30, 2021.

Google clarified that developers can always take payments through their official websites, which would not incur the 30 percent commission, but would be far less convenient.

In an online press briefing Tuesday, Google explained to local media that the billing policy is necessary to re-invest in the platform and that it offers a “safe, reliable” payment system that benefits both users and developers.

Apple already requires apps sold in its App Store to use its payment system and surrender a 30 percent commission on all in-app purchases.

Google’s policy change means a lot to Korean IT services as it runs the largest app store in the country. Google Play has a 63.4 percent market share in Korea. Korean consumers paid 5.9 trillion won ($5 billion) through Google Play’s payment system last year, according to the Korea Mobile Internet Business Association (Moiba). Apple took a 25 percent market share last year, and One Store, a domestic service, accounted for around 10 percent.

“To say the impact is small because only 1 percent is affected — that’s just playing with numbers,” said Kim Jae-hwan, policy bureau director at the Korea Internet Corporations Association, or K-Internet, a nonprofit organization that represents domestic IT firms. “That 1 percent was equivalent to nearly 6 trillion won," he added, referring to Moiba's data.

According to Kim, many local apps that make revenue through in-app purchases are distributors of content such as e-books, webtoons and videos. Setting aside copyright fees paid to the original creator and costs, these start-ups take 20 to 30 percent of revenue as profit. Paying a 30 percent commission to Google leaves them with almost nothing, he said.

Industry analysts say the burden could eventually be passed on to consumers in the form of price hikes. For some services, customers already pay a different price depending on their device. At Naver Webtoon, for example, one cookie — the token needed to purchase cartoon episodes — costs 100 won on Android devices but 120 won on Apple devices.

Following media reports in July that Google had contacted local IT firms about plans to change the in-app purchases policy, Korea’s IT and start-up industry has been lobbying policymakers to stop the action.

After Google’s announcement, the Korea Communications Commission (KCC) announced Tuesday it was starting an investigation into whether the policy change violates the Telecommunications Business Act.

“Unlike Apple, which implemented this policy from the start, Google is making a change after acquiring market dominance based on its open source policy,” Korea Communications Commission Chair Han Sang-hyuk said in a National Assembly meeting on Sept. 2, where he hinted at the possibility of looking into Google’s actions.

As of mid-September, there were three bills submitted for review to the National Assembly that would make reforms to the Telecommunications Business law that would stop app markets from forcing their in-app payment system on app developers.

It’s questionable how effective domestic law would be in stopping Google from implementing a global policy.

“The same issue had been raised with Apple since the early 2000s and yet there was no proper investigation," said Choi Sung-jin, executive board director of the Korea Startup Forum, at a Sept. 21 conference. "This time, regulators should suggest a clear stance.

“Even if they fail to stop [foreign app store operators], they need to make clear that such actions go against the fair trade law or the Telecommunications Business Act. I believe their murky attitude sent a wrong signal to the market that such actions are acceptable.”