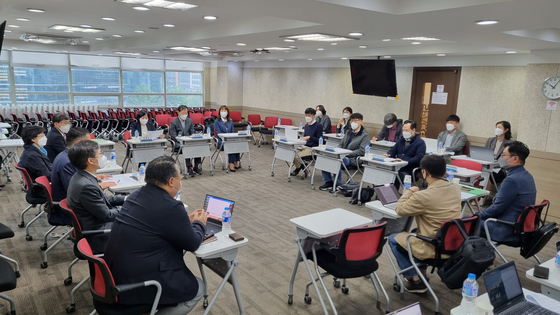 
The "Anti-Google" law has not been effective, and the companies that it targets are dragging their feet in complying with the law, according to comments made during a meeting held between regulators and app developers.

Effective from Sept. 14, the revision to the Telecommunications Business Act prohibits Google and Apple from forcing the use of their billing systems by app developers.

Start-ups, gaming companies and industry groups representing them say they haven’t noticed any change in the month since in Google Play or Apple’s App Store.

“The new law went into effect on Sept. 14, but the companies in the market are not feeling any change,” said Heo Ji-woong, secretary general of the Korea Digital Enterprise Association, which represents digital advertisement and web service companies.

“It’s been over a month now, but app markets still collect the same commissions. We understand that time is needed, but we also hope that the change comes soon.”

The Korea Communications Commission (KCC) claims that the companies have been slow in meeting their obligations. Apple and Google submitted proposals for their responses to the law, but the plans were found to be unsatisfactory by the regulator. 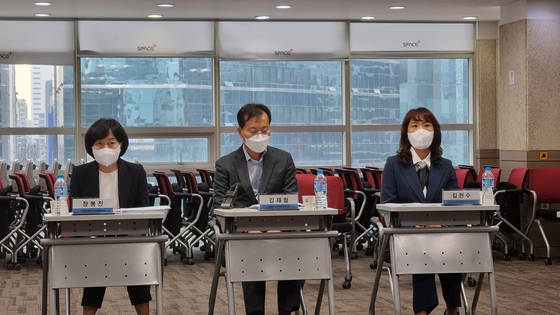 Officials from the Korea Communications Commission (KCC) speak during a meeting with local associations representing the start-up, mobile and gaming companies to hear their reviews on the ″Anti-Google" law on Tuesday at Gangnam, southern Seoul. [YOON SO-YEON]


“The proposals that the app market operators handed in were either lacking in detail or were not in line with the law,” said Kim Jae-chul, director general of KCC’s consumer policy bureau, adding that they are “stalling.”

“We have demanded they resubmit their files. Should they fail to show substantial difference in the new files, then the KCC will take firm measures against any illegal acts.”

During the meeting, held Tuesday in Gangnam, southern Seoul, Kim offered details about the implementation of the Anti-Google law.

If foul play is found, the KCC will fine the offending company up to 2 percent of the revenue from the apps that were forced to use the billing system, or a maximum of 1 percent of the revenue if they delete certain content or refuse to register them on the market for not using their in-app purchase systems.

"The KCC formed a special task force since the new law went into effect to complete the first draft of the detailed regulations," said KCC's director general Kim. "The regulations have been made so that they effectively prevent any unfair activities in the app market."