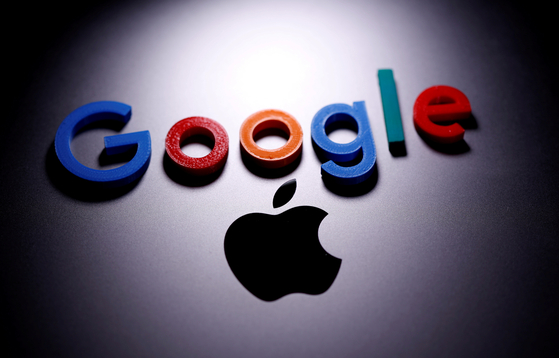 A 3-D printed Google logo is placed on the Apple Macbook in this illustration. [REUTERS/YONHAP]


The “Anti-Google law” is a big win for big tech in Korea, which is set to save about 500 billion won ($433 million) in fees a year it would have paid to Google and Apple.

Under the law, which is actually an amendment of an existing law, Google and Apple will not be able to require the use of their payment systems by users of their stores, Google Play and the Apple App Store.

It could pave the way for the integration of alternative payment systems by app developers.

The law is effective 15 days from last Tuesday’s passage by the National Assembly.

How the changes play out could have a significant impact on the development of the market, as Korea is the first major economy to land a blow on the Google-Apple app duopoly. Its bold move could resonate globally.

The push to revise the Telecommunications Business Act began in Korea when Google announced a new policy to force apps to use the Google Play Payment System and charge a 30-percent commission for all in-app purchases. Google said last July it will apply to all apps. Previously, only mobile games were subject to the rule.

The change means that Google will charge the high commission for webtoons, music and other subscription-based services, potentially hitting the bottom lines of the Navers and Kakaos of Korea.

This would have cost them 510 billion won per year, the Korea Mobile Internet Business Association estimates.

A passerby walks past Google Korea's logo at Google Korea's Startup Campus in Gangnam, southern Seoul, on Aug. 30. Korea became the first country in the world to pass a law to ban app store markets, namely Google and Apple, from forcing app developers to use their in-app purchase systems on Tuesday. [NEWS1]


“With the implementation of the law, Naver and Kakao will likely continue using Google’s billing system for in-app purchases as Google is now barred from proceeding with its plan to impose the new policy at least in Korea,” said an executive at a large Korean tech company.

“Some app developers could add a link that directs users to alternative payment options outside the App Store, offering users lower payments,” said an executive at another large Korean tech company.

It’s likely that Google and Apple will come up with ways to collect commissions, like making it “inconvenient” for users to choose other options, according to Yoo Byung-joon, a professor Seoul National University’s business school.

“If that happens, apps that want to operate globally may decide to pay the 30 percent commission in order not to cross the app market operators,” Yoo said. “And if app markets decide to give benefits to apps that use the in-app payment systems, which wouldn’t be illegal, that can be interpreted as penalty for those who use third-party payment systems. Whichever way, it’s likely that game companies and Apple will stay together.”

In Japan, Apple reached a settlement on Sept. 1 to allow some media platforms to include a link to their websites for users to manage their accounts. The move followed a Japan Fair Trade Commission (JFTC) ruling that ordered Apple to change its payment rules. Apple said that the change will be applied globally.

“While the agreement was made with the JFTC, Apple will apply this change globally to all reader apps on the store,” Apple said in a statement. This will include apps providing subscriptions for digital magazines, newspapers, books, audio, music and video. 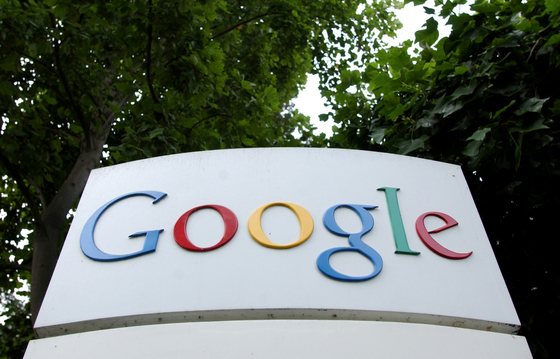 The Google logo is seen outside their headquarters in Mountain View, California Aug. 18, 2004. [REUTERS/YONHAP]


Cary, North Carolina’s Epic Games is at the forefront of the efforts against app store terms and prices in the United States, as it brought suit against Apple for kicking it off the App Store for using its own payment system.

“Korea is first in open platforms,” wrote Tim Sweeney, founder of Epic Games. “Korea has rejected digital commerce monopolies and recognized open platforms as a right. This marks a major milestone in the 45-year history of personal computing. It began in Cupertino, but the forefront today is in Seoul.”

“South Korea is taking steps to foster competition in the app economy. The U.S. can’t fall behind,” he wrote on Sept. 1, urging the Senate to pass the Open App Markets Act.