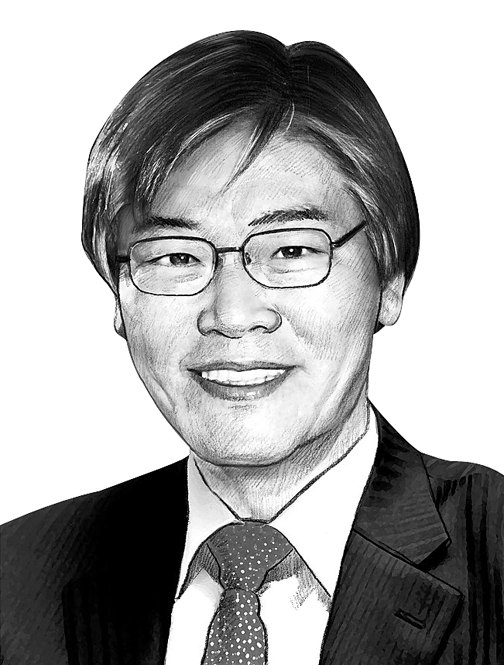 “A collapsed house can be rebuilt, a severed bridge can be reconnected and a ruined rice paddy can be restored, but the people’s lives, once lost, will never return. They are absolute, untradeable values,” President Moon Jae-in wrote in a letter to North Korean leader Kim Jong-on, which was sent on Sept. 8. “I feel sympathy as I see you making visits to disaster-stricken sites, comforting the victims and initiating recovery work. I send my respects for your strong intention to respect lives.”

Although flowery language is common in letters between leaders, Moon went too far with Kim. Even if pleasing Kim is the alpha and omega of the Moon administration’s North Korea policy, he simply went too far. Kim brutally executed his uncle Jang Song-thaek and killed his half-brother Kim Jong-nam with poison. If U.S. President Donald Trump was quoting Kim accurately, Jang’s headless body was displayed for a while to teach a lesson to senior officials in the North. It’s a lesson that was surely learned.

Countless North Korean lives are threatened in political prisons. It is open knowledge that kangaroo courts and public executions are frequent in the North. If sugarcoating is too much, it can backfire.

Just two weeks after Moon sent the letter, a South Korean citizen who crossed the western Northern Limit Line and ended up adrift in North Korean waters was shot and killed by North Korean soldiers. That was on Sept. 22. If military intelligence is correct, his body was burned. An inhumane killing of an unarmed civilian was committed by the North, a country ruled by a leader with a strong intention to respect lives.

The North responded to Moon’s respect for Kim with a brutal murder of a South Korean citizen, in which his body cannot be recovered.

The people’s lives are “absolute, untradeable values,” Moon wrote in his letter, and his remarks are not only empty but also disgusting. While our citizen was adrift in the waters near Yeonpyeong Island for more than 30 hours, his government did nothing. Because the Coast Guard, military and Blue House failed to work together, a maritime search was a wasted effort.

After the North sent an apology for killing the man, the government roused itself and deployed 39 vessels and six aircraft to recover the body. If they had done so from the beginning, the missing person could have been found before he crossed the border and entered North Korean waters. The government is belatedly putting up a show to avoid criticism.

During the six hours after the military detected that the missing person was captured by the North and until he was killed, what did Moon do? The government gave a lame excuse that there was no communication channel between the two Koreas, so it could not ask the North to rescue him. This is laughable. While Moon and Kim exchanged letters and the government received a message from the North, is the government saying that it does not have a channel to send a message to the North to rescue a South Korean missing person? Is the hotline in the Blue House just a decoration?

Because it is an urgent matter, the president or the director of national security could have made an appearance on a public broadcast and sent an emergency request to the North. If the military’s announcement is correct, the government did nothing while it was observing the entire process in which the missing public servant was dragged around by a North Korean ship in cold waters and killed and then his body was burned. Is this the government that values people’s lives? It is no wonder that the public criticizes the Moon administration with an old saying that it is crying out wine, but is actually selling vinegar.

And without any solid grounds, the government told the public that the missing public servant was a defector to the North to avoid criticism. After Kim said he was sorry for killing the man, the Moon administration and the ruling party quickly turned to praise him, making us question their sanity as well as their honesty.

Moon belatedly hosted a National Security Council meeting and issued a message, but it included no condolences toward the victim and his family and no criticism of the North. In the message, Moon praised the North’s apology, showing his intention to use the tragic death to try to improve inter-Korean relations.

Starting with the Cho Kuk crisis, the Moon administration turned to blind eye unfairness, corruption and injustice, although it likes slogans about fairness and equality. The scandals around Yoon Mee-hyang and Choo Mi-ae speak for themselves. During his first days in office, Moon showed integrity, goodwill and humility. Farewell to all that. Despite fierce criticism by the public, Moon’s shameless selfishness to protect his allies has gone too far. If it wasn’t for the Covid-19 pandemic, the people would have started massive demonstrations on the streets to denounce him.