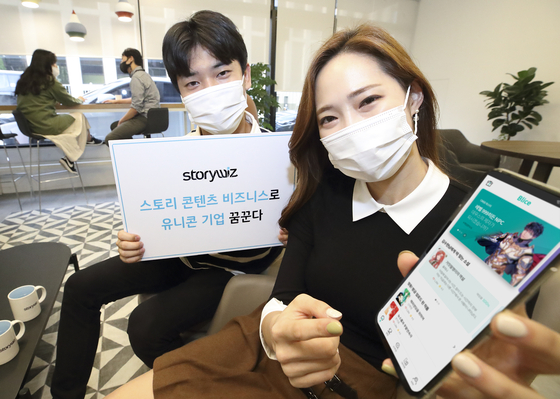 Models hold up a mobile phone with the app for Blice on Tuesday, prior to the press conference held at Gwanghwamun, central Seoul. Blice is a web novel platform run by Storywiz. [KT]


KT's content creator subsidiary Storywiz is here for the long run, promising to find and nurture new talent in the webtoon and web novel market to create content that can further be developed into dramas and movies in the future, according to Storywiz CEO Jeon Dae-jin.

Jeon met with the local journalists on Tuesday morning, holding the first public press conference since Storywiz separated from its mother company KT in February. According to Jeon, Storywiz aspires to become the next leading company in the webtoon and web novel market by not immediately buying popular content or competing with the dominant companies such as Naver and Kakao. Instead, it plans to start from scratch and find its very own pool of talented writers and producers to nurture and support and ultimately create a steady supply of competitive content in the long term.

"We will create a creative studio where the writers will get full support to just create their content, with the help of experts from diverse fields who will assist them not only with their content but also with the bureaucracy that writers often have issues with," said Jeon. 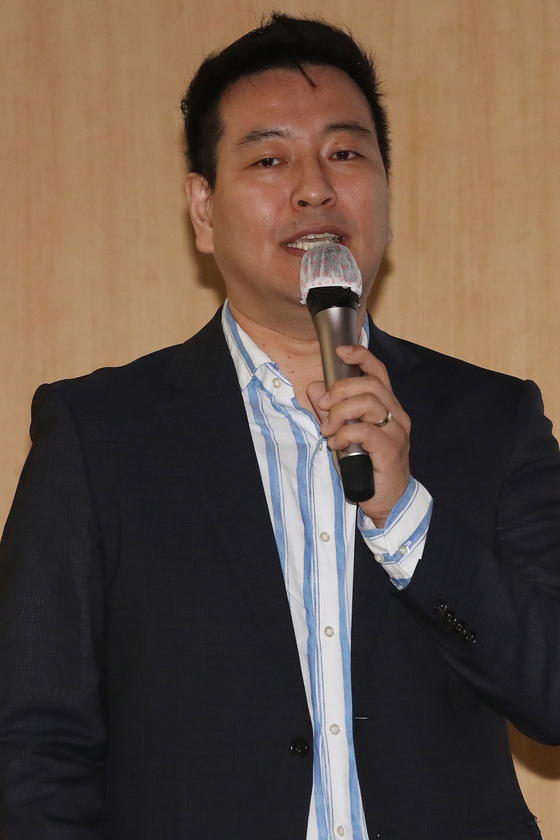 Jeon Dae-jin, CEO of Storywiz, explains the goals of Storywiz on Tuesday during a press conference held at Gwanghwamun, central Seoul. [YONHAP]


Storywiz will first begin by founding a studio system "like the Hollywood film studios" where multiple writers, producers and creators all join forces to create the ultimate IP (intellectual property) that can also be developed into dramas and films, like the Marvel Cinematic Universe. It has invested 10 billion won ($8.7 million) to develop what is known as OSMU content — one source multi use, meaning one content developed into various other contents — and has plans to invest further in the future. Storywiz will also make use of the infrastructure provided by KT, such as its network and content platform, to launch its content in the overseas market.

"We're not here for short-term business," said Jeon. "It may take a while before the writers that we nurture create their work and get a fan base. But we see it as a long-term investment and we hope to see some results by the end of next year."

Storywiz will attract fresh talent to its studios by offering more incentives to new writers than its competitors on fees and copyright issues, which may lead to loss in the short term, but could ensure more writers will join the company in the future.

"This is a tricky issue, but we will develop a system where the writers are ensured their copyright and other incentives. That will attract more writers to join us, and lead to economy of scale. This is an investment that may seem like a loss at first, but we consulted with experts and they also believe that this is the right way."