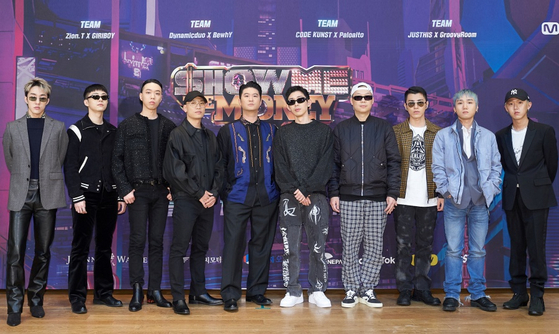 The music producers and judges for the ninth season of cable channel Mnet's hip-hop audition program "Show Me The Money" stand for photos prior to the online press conference held on Friday afternoon. [MNET]


The ninth season of cable channel Mnet's hip-hop audition program "Show Me The Money" will go back to the basics of rap after years of bringing the genre closer to the public through varied types of hip-hop, its producers said on Friday afternoon during an online press conference.

"We kept faithful to the most basic format of rap," said chief producer Kwon Young-chan.

"The spectrum of the hip-hop genre has widened more than ever, but we turned the focus back to the basics of rap and focused on bringing out more meaningful lyrics."

Though its recent two seasons have been struggling to garner the massive viewership that the program saw in its earlier seasons, the ninth season actually saw the highest number of contestant submissions ever with 23,000 people applying for a spot, likely due to the prize money of 100 million won ($87,200) and support program offered by Mnet to make sure that the winner gets to produce and promote their music for a whole year. 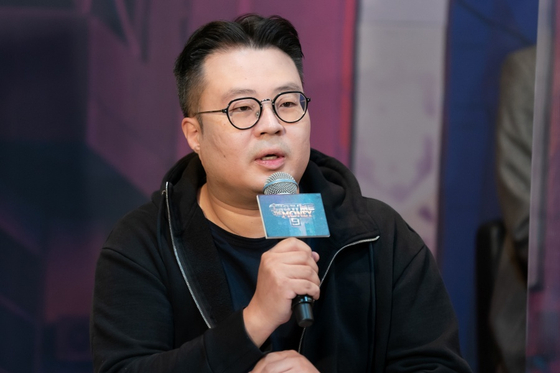 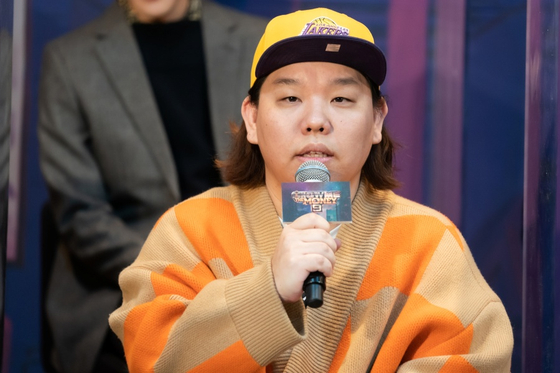 
"We've thought long and hard about what role 'Show Me The Money' must play in the Korean hip-hop scene, and we decided to reward the winner with all the benefits of 100 million won, as well as supporting them to make music long afterwards. We thought about how we could help the hip-hop scene and we tried to convey that into the program," said Kwon.

This year's lineup of music producers is star-studded as always. Hip-hop duo Dynamicduo, rappers BewhY, Code Kunst, Paloalto, Zion.T, Giriboy, Justhis and producer duo GroovyRoom will be divided into four teams to judge and make music for the contestants, eventually leading one rapper to victory.

Some of the biggest names in the hip-hop scene will also take part as contestants. Rapper Swings, who took part in last season's show as a producer, announced that he will audition, which garnered attention, but also raised concerns that "Show Me The Money" was relying on famed stars' popularity for success, rather than looking for fresh talent like it promised in the first season.

"'Show Me The Money' vowed to keep its doors open to anyone who loves hip-hop since day one of season one," said Mnet producer Ko Jung-kyung. "We know that people are concerned about this issue, but we decided that if we leave some people out just because they are well known, then that will be counter-discrimination against them. So we have decided to keep our opportunities open as always."