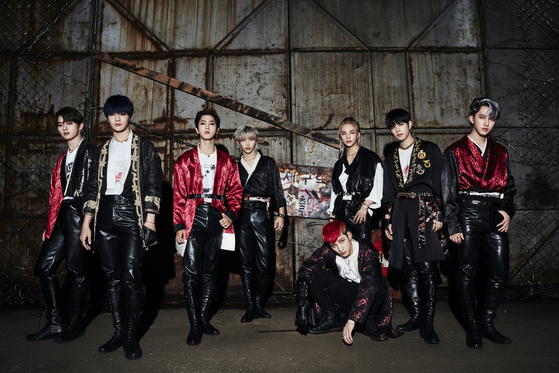 Idol group Stray Kids will perform online on Nov. 22 to meet with fans from all over the world.

The group’s agency JYP Entertainment made the announcement about the upcoming concert titled “Beyond LIVE – Stray Kids ‘Unlock: GO LIVE IN LIFE’” through its official social media channels early on Monday.

The concert continues the group’s will to find a way to communicate with fans following its world tour which began before the coronavirus pandemic.

Its global program “Stray Kids World Tour ‘ Distrct 9: Unolck’” began in November with two opening concerts in Seoul before the group performed in New York and Atlanta in January, and in Dallas, Chicago, Miami, Phoenix, San Jose and Los Angeles in February, wrapping up its tour in eight different cities in the United States.

It had announced plans for another round of global concerts, visiting  21 cities for 24 events, but they were all canceled as the pandemic worsened.

The online concert will start at 3 p.m. on Nov. 22 through Naver V LIVE.

More information about how to participate and what will be shown at the event will be released later.