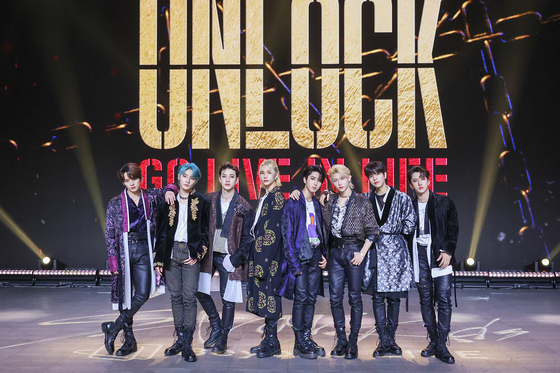 
K-pop boy band Stray Kids’ latest track “Back Door,” part of its first repackaged album “In Life,” has been selected as one of Time’s 10 Best Songs of 2020. It’s the only K-pop song that made the list.

“People I’ve Been Sad,” by Christine and the Queens, took the top spot, followed by “WAP,” by Cardi B featuring Megan Thee Stallion and a remix of “Yo Perreo Sola” by Bad Bunny, Ivy Queen and Nesi.

“Contemporary pop out of Korea is almost impossible to classify today. ‘Back Door,’ from Stray Kids, is a prime example: There’s not a single musical style it doesn’t exuberantly co-opt, in an artful Frankenstein that’s as catchy as it is complex,” stated the magazine.

“There are dramatic airhorns, slinky R&B breaks, jazz interludes, a trap chorus, electronic beats that would rile up festival crowds and others more likely to be found in underground clubs. It’s hard not to become enraptured by the song’s sheer bravado — both in its multi-layered production and the brassy energy of the eight performers.”