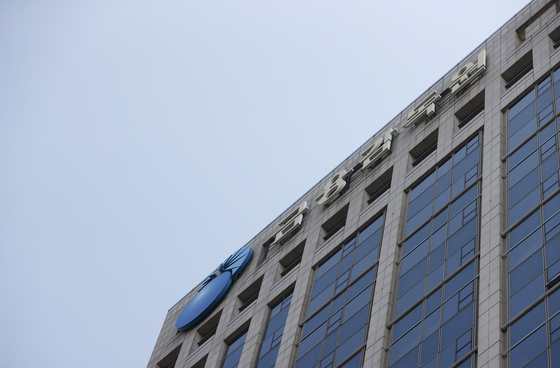 That is the heaviest administrative penalty that can be imposed on a financial company.

"Cancellation of its business registration and the handing over of its trust agreement [with third parties] will be recommended to the Financial Services Commission (FSC) as the company violated the capital market law, which prohibits the pursuit of one's own or a third party's interest while undermining the interest of other collective investments," the financial watchdog said.

The Lime scandal is a Ponzi scheme by the hedge fund Lime Asset Management that resulted in the freezing of some 1.6 trillion won ($1.4 billion) in investments. Key executives of the hedge fund including its former vice president, Won Jong-jun, and former chief investment officer, Lee Jong-pil, were arrested in July.

If the FSC approves the sanctions announced Tuesday, Lime's remaining funds will be transferred to Wellbridge Asset Management, which was formed by some 20 sellers of the troubled funds in June to recover assets and compensate investors.

Fort Korea and Raum will be partially suspended from operating, and Raccoon will receive a warning. 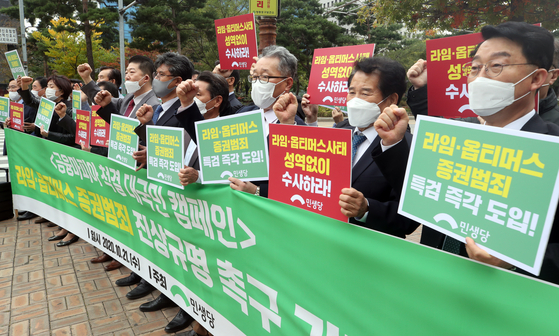 
Meanwhile, retailers of the Lime funds, including brokerage houses and banks, are waiting for the FSS' review of their punishments.

On Oct. 7, the FSS warned three brokerages — Shinhan Investment, KB Securities and Daishin Securities — and their former and incumbent CEOs that they could face heavy penalties for selling the troubled funds to investors. The penalties included a possible cancellation of business registration or a temporary banning of executives from leadership positions.

A final review of punishments for the brokerages will take place on Oct. 29. A review of banks that sold Lime funds, including Shinhan Bank and Woori Bank, is scheduled for later.

For investors that suffered losses, the FSS promised an arbitration plan by the end of this year after discussions with fund investors and sellers.

Civic groups complained that the actions came too late — more than a year after the scandal came to light — but said they hoped Wednesday’s decision could deter companies from committing similar crimes in the future.

“We think the financial regulators have been dawdling,” said a spokesperson for the Citizens' Coalition for Economic Justice during a call with the Korea JoongAng Daily.

“We hope the Lime scandal can motivate financial regulators to look at themselves and their supervisory systems. We also hope this will prompt regulators to put heavier punishments on financial crimes.”