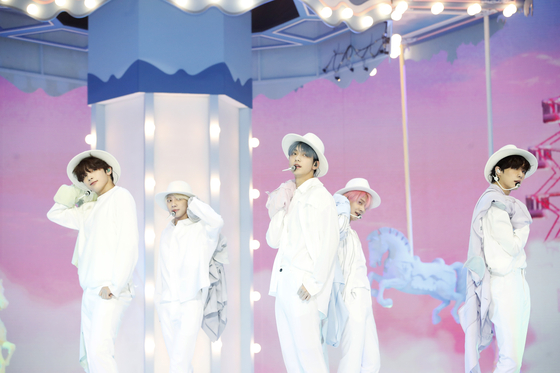 
Boy band Tomorrow X Together hopes to continue the disco trend started by BTS's "Dynamite" with its new EP "minisode1: Blue Hour" and its lead track "Blue Hour," the band said during an online showcase held on Monday afternoon.


"The title track 'Blue Hour' is a disco dance track that gives off both a bright yet sad energy that's easy for people to relate to," said Yeonjun. "We want to continue the disco trend that BTS started with a song that expresses both the emotions of seeing something beautiful as well as frightening."

"Minisode" is a mini album series that comes after the band finished its "The Dream Chapter" series which it had been working on since debuting in March 2019. Another series will soon follow, but "minisode" tells a brief story that's similar to "The Dream Chapter." 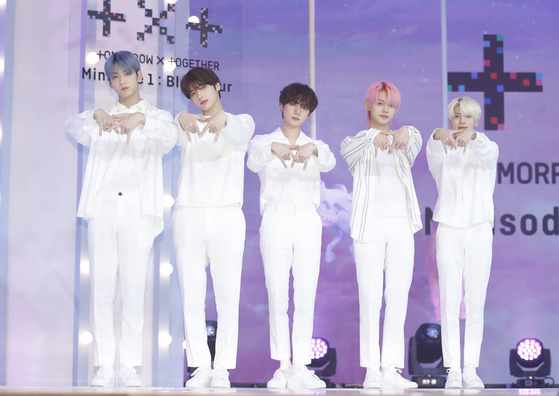 
"Our new music is about the story of how a young boy's relationship with his friend changes, and everything starts to look strange to him," said Soobin. "The title 'Blue Hour' references the complicated colors of the sky in the hour changing from afternoon to night — symbolizing the complicated feelings of a young person."

For the five-track EP, all members either participated in writing the lyrics or the music to prove their maturity as musicians. Thus the title track "Blue Hour" contains more solo dance parts than before, also a symbol of the increased expression of individuality by each member. For their new challenge, they looked to BTS.

"It was our first time experimenting with props, so it was really hard at first," said Huening Kai. "But then we watched BTS's Jimin's performance for his song 'Filter' where he used props for his performance and learned from it." 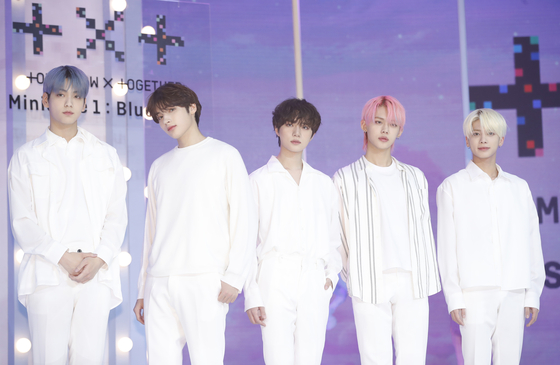 
Tomorrow X Together debuted last year as the first new band under Big Hit Entertainment since BTS. It has since garnered immense popularity among fans across the world, and sold 400,000 copies of "minisode" as of Monday.

It will perform its new songs for the first time on cable channel Mnet's "Tomorrow X Together Comeback Show: Blue Hour" at 7 p.m.

Tomorrow X Together breaks its preorder record with fourth EP