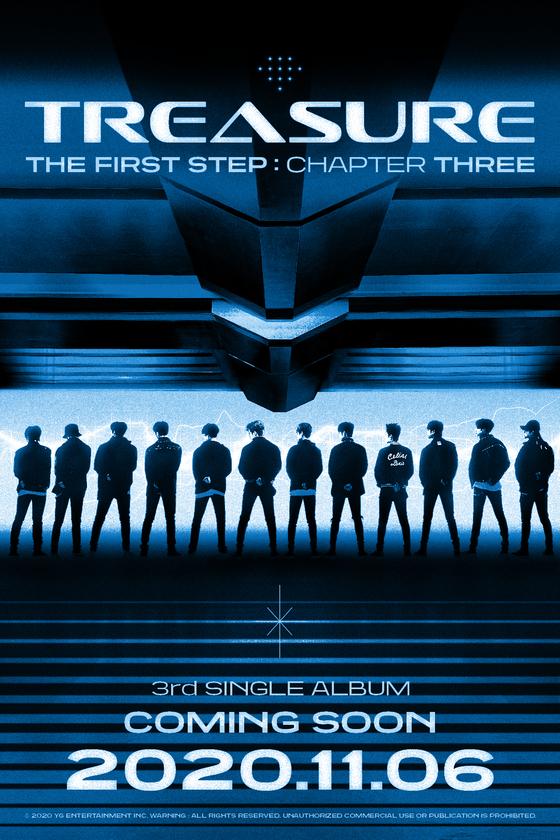 
YG Entertainment's rookie boy band Treasure will release another single on Nov. 6, its third in just three months after its debut in August.

"It will be a completely new genre of music compared to the songs previously released by the band," the agency said on Monday.

"Director Seo Hyun-seung, who had created girl group Blackpink's music video, has taken the helm for the new music video for the first time."

Treasure made its debut on Aug. 7 with its single "The First Step: Chapter One," storming charts in and outside of Korea with its strong lead track "Boy."

It is the first rookie band to debut under YG Entertainment in four years after girl group Blackpink launched in 2016.

Treasure has sold almost 500,000 copies of its EPs so far, marking an impressive feat for a rookie band.

Treasure The First Step Chapter Three Boy I Love You