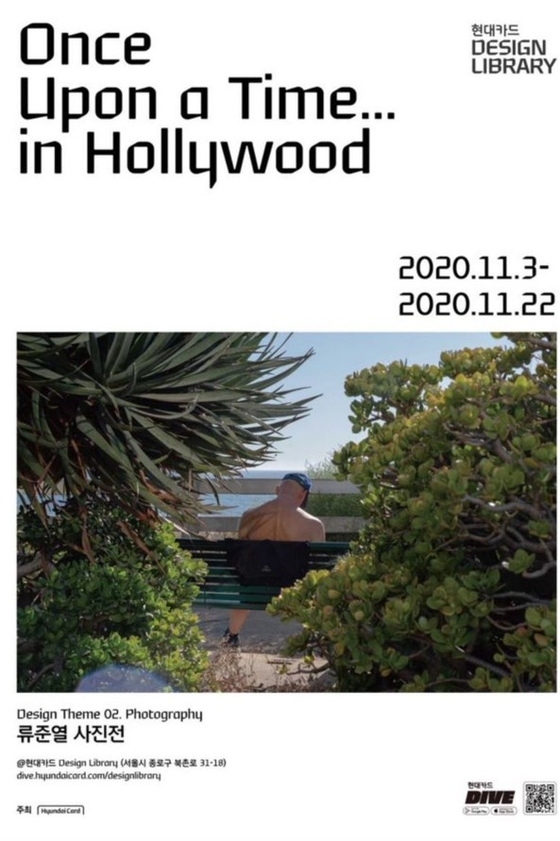 The official poster for actor Ryu Jun-yeol's solo photo exhibition "Once Upon a Time... in Hollywood." [HYUNDAI CARD]


Actor Ryu Jun-yeol will showcase his first solo photo exhibition “Once Upon a Time... in Hollywood” next month at the Hyundai Card Design Library, Hyundai Card announced on Tuesday.

The exhibition will run from Nov. 3 to 22 at the Hyundai Card Design Library in Gahoe-dong, Jongno District, central Seoul. Tickets are free but reservations are required and can be made through the company’s Dive app from 11 a.m. on Oct. 30.

Ryu also posted a series of images on his Instagram on the same day, announcing his photo exhibition with Hyundai Card.

The actor, who made his debut in 2015 with the film "Socialphobia," earned fame after playing the main character in tvN’s hit drama series "Reply 1988," which aired the same year. He has appeared in films such as "The King" (2017), "A Taxi Driver” (2017) and "The Silenced" (2015), and is currently filming a new crime science-fiction film “Alien," which is being directed by renowned filmmaker Choi Dong-hoon.