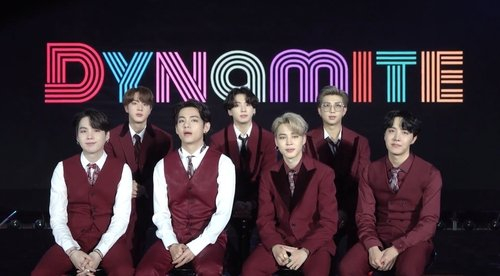 Established in 1994, the event annually awards popular music and music videos in Europe. The septet this year took home prizes for Best Song, Best Group, Biggest Fans and Best Virtual Live. It’s the first time the group took the Best Song award for their single “Dynamite,” beating out other prominent nominees such as DaBaby’s “Rockstar,” Dua Lipa’s “Don’t Start Now,” Lady Gaga and Ariana Grande’s “Rain On Me” and The Weeknd’s “Blinding Lights.”

“This award is so meaningful to us,” Jungkook said in a video message. “[We] wanted to enjoy this song together with the fans who are going through difficult times.”

“We dedicate this award to ARMY,” J-Hope said.

The group also became the first recipient of the Best Virtual Live award — which was established this year — for its online concert “Bang Bang Con: The Live” hosted in June. The virtual concert broke a Guinness World Record for attracting the largest number of online viewers ever — 756,000 global viewers from 100 countries who simultaneously watched the livestreamed concert.

The group is sweeping award ceremonies this year. At the 2020 MTV Music Video Awards in August the group received four awards — Best Pop, Best K-pop, Best Choreography, Best Group — and at the 2020 Billboard Music awards the group was honored with the Top Social Artist award for the fourth consecutive year.