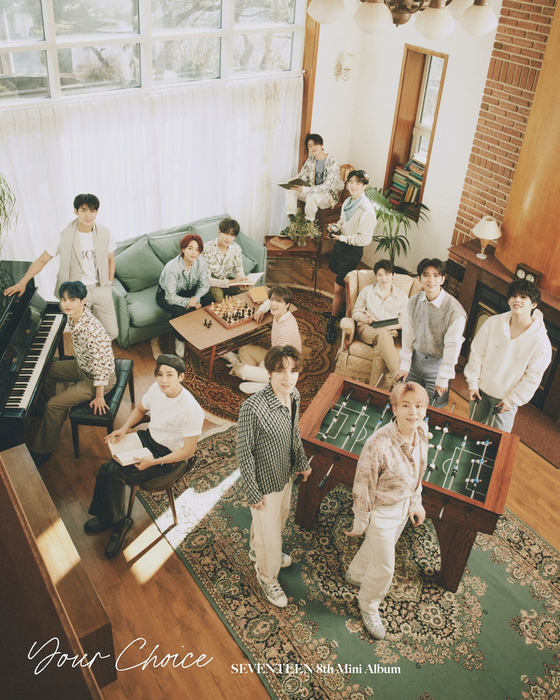 
Boy band Seventeen earned its first ever nomination at the 2021 MTV Video Music Awards, MTV announced on its website Thursday.

Seventeen was nominated in the “Best K-pop” category for “Ready to Love,” the lead track of its eighth EP “Your Choice.”

The award ceremony will be held at the Barclays Center in New York on Sept. 12 and aired live on MTV.

This is the second time the band was nominated for an American awards ceremony, following its “Top Social Artist” nomination in the 2021 Billboard Music Awards in April.

Meanwhile, “Your Choice” landed the band’s first No. 1 on the Billboard Top Album Sales Chart after selling 20,500 copies the first week after its release on June 18.