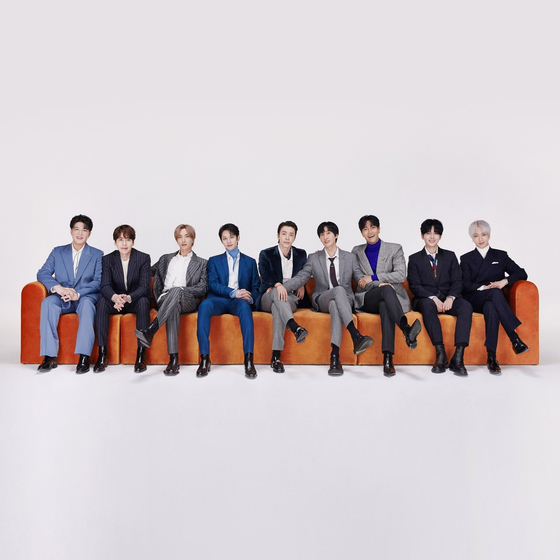 
Fifteen years after its debut, boy band Super Junior is cranking into full gear with an aim to grow its global fandom.

The group's agency, Label SJ, announced Tuesday that Super Junior has signed an agency contract with one of the world's leading talent agencies, ICM Partners.

ICM Partners has offices in Los Angeles, New York, Washington, D.C. and London, and has worked with top-notch celebrities from diverse genres such as Beyoncé, Nicki Minaj, Khalid, and Samuel L. Jackson among many others.

"We are thrilled to represent the kings of the Korean Wave, Super Junior,” Jon Pleeter, vice president of ICM Partners said. "Along with Label SJ, we look forward to growing the Super Junior brand across the media landscape, including global touring, marketing, business development and strategic partnerships."

With the release of the band's popular song "Sorry Sorry" in 2009, Super Junior has been attracting fans across the globe to the genre of K-pop.

Marking the 15th anniversary of its debut this year, Super Junior is set to release its 10th full-length album "The Renaissance" next month.