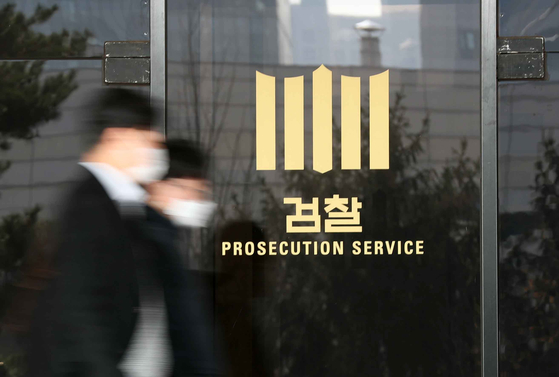 
Tensions between the state prosecution service and Ministry of Justice reached new heights Sunday as a court was set to begin its review today of the validity of Prosecutor General Yoon Seok-youl’s suspension from duty by Justice Minister Choo Mi-ae.

The Seoul Administrative Court will ultimately determine whether to accept Yoon’s suit demanding Choo withdraw her unprecedented order to suspend him from duty over a series of allegations including breach of political neutrality and interference in internal audits.

The most prominent of the public charges made by the minister is that Yoon allegedly ordered illegal surveillance of a judge assigned to a case involving former Justice Minister Cho Kuk, Choo’s immediate predecessor.

The report on the judge written for the purpose included notes about her membership in a prominent legal research group associated with liberal causes, something which the ministry claimed was an attempt by the state prosecution service to identify judges who would not be disposed to rule in its favor.

But the prosecutor assigned by the ministry to investigate Yoon’s supposed order on Sunday claimed the ministry distorted the results of her inquiry altogether.

In a post on an online forum shared by her colleagues in the prosecution service, prosecutor Lee Jeong-hwa wrote that the ministry ignored her conclusion that the contents of the report in question could be construed to mean that Yoon abused his power.

“The decision to investigate the respected prosecutor general does not comply with what I know about the case and what I learned about it through press reports, and I cannot ignore my suspicions about the illegality of the process,” Lee wrote.

Lee further claimed the ministry disregarded her conclusion about the legality of Yoon’s order and then used her report to justify its investigation and suspension order regarding the prosecutor general.

The prosecutor’s claims could have a major impact on the court’s decision on Choo’s order, which if revoked would immediately allow Yoon to return to his regular duties. A decision is expected this week, likely within a day of Monday’s hearing, given the impact of the case.

But even if the court rules in Yoon’s favor, the verdict is unlikely to end the ongoing conflict between the country’s two highest law enforcement figures.

The conflict has emerged as one of the country’s most divisive political issues, representative in many ways of the partisan divide over the Moon Jae-in administration’s drive to curb the powers of the state prosecution agency.

The Justice Ministry’s aggressive stance toward Yoon has been likened to the preceding Park Geun-hye administration’s successful attempt to force out former Prosecutor General Chae Dong-wook by launching an investigation into his personal family issues.

Incumbent President Moon Jae-in, however, has remained tight-lipped about the Choo-Yoon feud amid growing public disapproval over the justice minister’s combative moves against Yoon.

Though the opposition claims Choo is acting as the administration’s surrogate in leading the crackdown on the state prosecution service, several legal analysts argue the Blue House may be trying to distance itself from the justice minister by letting her take the fall on a dangerous gambit in the fight against state prosecutors.

Despite the risks, Choo appears determined to win the fight, having called for a panel meeting in the ministry to decide on disciplinary measures against Yoon on Wednesday.

But an advisory council consisting of non-ministerial members objected to holding such a meeting before it delivered its opinion on the probe into Yoon. Though the recommendations of the panel are not legally binding, a determination that the ministry’s measures against Yoon are unjust would likely further dial up pressure against the minister.