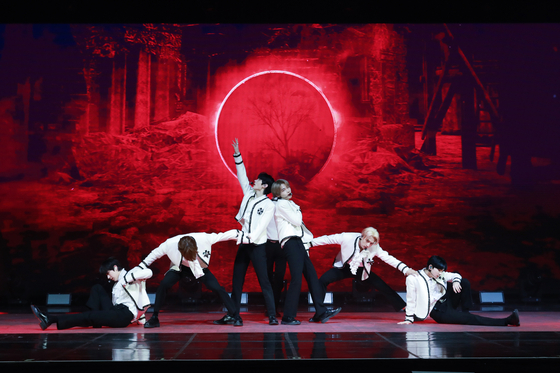 
Rookie boy band Enhypen aims to lead the way for a new generation of K-pop bands, and has chosen to take its first step into the entertainment industry with the story of its debut.

Enhypen debuted on Monday as the winning group of cable channel Mnet’s audition program “I-LAND” that began earlier this year in collaboration with Big Hit Entertainment and Belift Lab — a company co-founded by Mnet’s operator CJ ENM and Big Hit Entertainment. “I-LAND” counted votes from fans in and outside of Korea, as opposed to the common practice by most audition programs of only considering local votes, giving the band the nickname “Global fan-made band” even before its debut.

“Our album ‘Border: Day One’ tells the story of seven boys who stand on the border,” said Heeseung during an online showcase held on Monday afternoon prior to the album’s release at 6 p.m. “It’s the border between becoming an artist from a trainee to a team and an individual. We have taken a step forward and the album tells the story of the things we learned in the course of our maturing.” 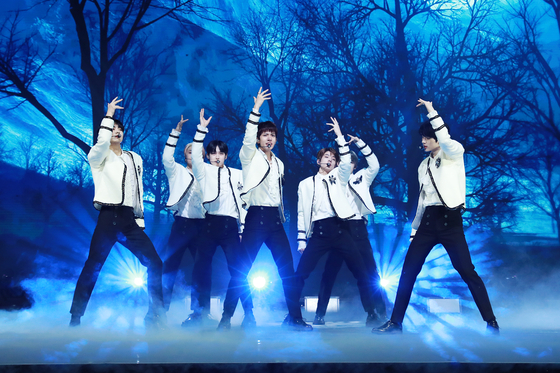 
Rather than taking in the fact that they debuted from an audition program for granted, the bandmates question their origin, as seen in the lyrics of the lead track “Given-Taken."

“Ever since the members were finalized for ‘I-LAND’ and to the day we debuted as Enhypen, we’ve been asking ourselves whether it was us who achieved our dreams, or if it was given to us by others,” said Sunghoon. “This is a song that expresses that thought process.”

Sunoo added, “We’re happy but also worried. We feel like we need to do our best, but it’s all complicated and so our emotions are complicated. The song carries our will to try our best and push through regardless of all of that.” 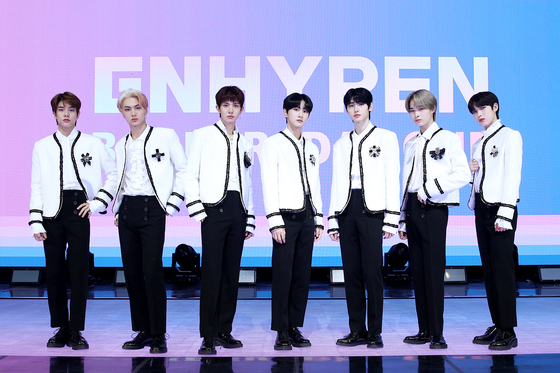 Boy band Enhypen stands for photos on Monday during an online showcase held for its first EP ″Border: Day One.″ [BELIFT LAB]


As the latest boy band to debut under the Big Hit family, home to BTS, the music video for “Given-Taken” takes inspiration from the BTS Universe storyline. The pairs of antonyms that kick off the music video — such as “Trainee-Artist,” “Failure-Success” and “Give-Taken” — take a sudden and dark turn to “Blood-Light” and “Mortal-Immortal.” The resemblance is no coincidence and comes from mastermind Bang Si-hyuk who also produced BTS.

“I bet we all dreamed of becoming stars by looking at performances by BTS,” said Jay. “They gave us advice in person and told us how we should prepare ourselves as artists and what attitudes to have. And following in their footsteps, we would like to spread K-pop to the world as well.”

What sets them apart from BTS, and what leader Jungwon chose as their unique strength, is the fact they were put together through an audition program.

“Our story is ours only, and we tell that through our music and performances. All of us fought and won our way into ‘I-LAND’ and that’s given us the most realistic story to tell.” 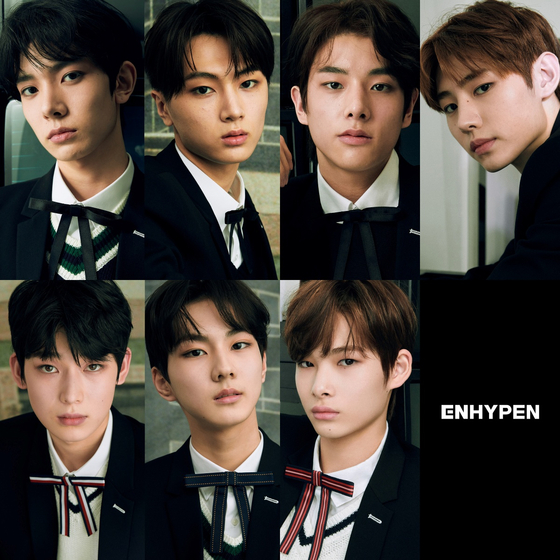 Enhypen is made up of the seven finalists of Mnet's ″I-LAND.″ [MNET]

The final members of "I-LAND" are chosen in the last episode in September. [MNET]


Although the TV program itself did not do as well in terms of viewership when compared to previous K-pop idol audition programs launched by Mnet, the hype for Enhypen was much greater among audiences overseas who showed their support online. From the very first episode, trainees were required to vote each other out of “I-LAND.” Some viewers said the process was “too cruel," but the producers of the program explained in a press conference held prior to the first episode that it was a way to prepare the potential members for a group dispute that will inevitably come in the future.

As of Monday, the band has accumulated over a million followers on five of the biggest online platforms — Twitter, Instagram, TikTok, Facebook and YouTube — and preorders for its album amounted to over 300,000 in sales. As a true Gen Z group, all members were born in the 2000s, and they credit their success with drawing in global fans to their digital literacy. 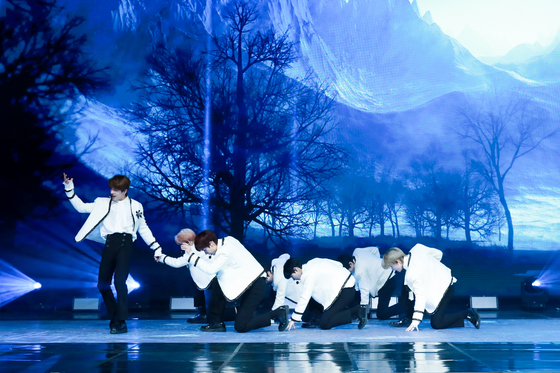 
“We film ourselves and our practice to share how we make our music on social media,” said Jungwon. “We want to become artists that give our fans happiness and consolation through our music performances and let them know that they're always connected to us.”

Jay added, “We were put together as a group not on our own, but together with the efforts of global fans. So it would be an honor if we are always remembered as the ‘Global fan-made band’ and if people think of us as the first group that comes into their minds when they think back to 2020.”