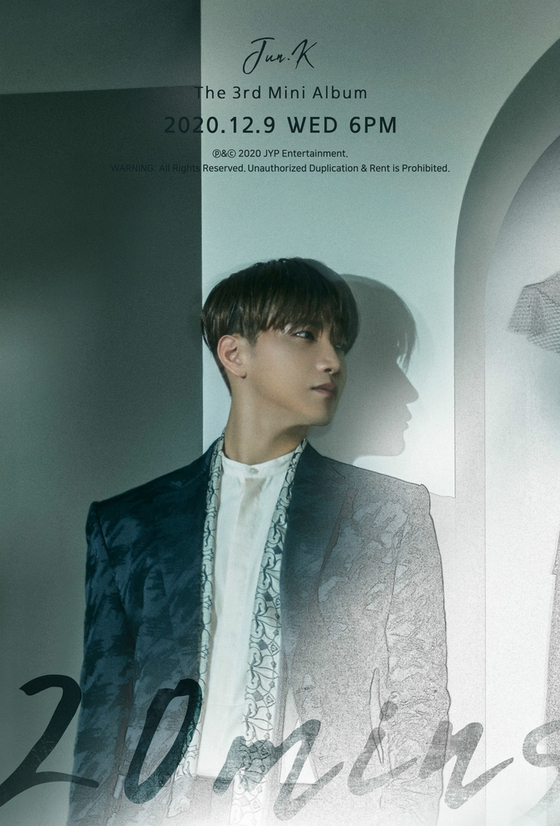 
Singer Jun. K of boy band 2PM will make a comeback to the music scene after three years with his third EP "20 Minutes" on Dec. 9, his agency JYP Entertainment announced Tuesday.

The solo artist participated in the production of all of the seven tracks.


For the lead track “20 minutes," Park Jin-young, head producer at JYP Entertainment, also participated in writing the lyrics, which are about a man desperately asking his girl for 20 more minutes with him before the breakup.