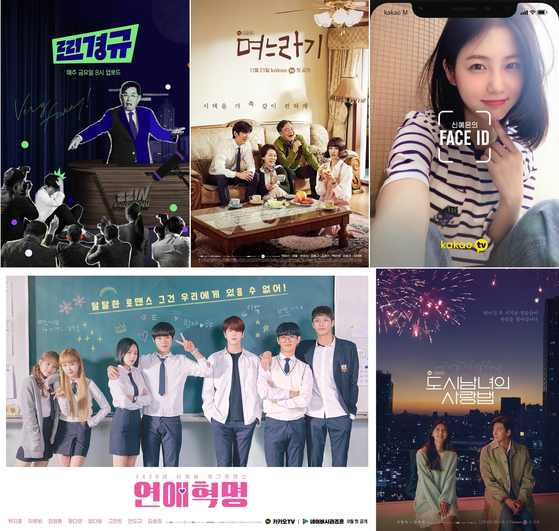 "Love Revolution" was Kakao TV’s first original content to exceed 1 million views, and each new episode is continuing to exceed that threshold.

The first episode of the entertainment show "Face ID," which offers the unique concept of presenting a person entirely through their smartphone, also called their "screen life," guest-starred singer Lee Hyo-ri and recorded 5.27 million views.

The first episode of the drama series "Myeoneuragi," which is based on Soo Shin-ji's web comic series about married Korean women of the same title, has accumulated 1.1 million views since being uploaded on Nov. 21.

Upcoming drama series to be aired this month include "How to Love City Men and Women" starring Hallyu (Korean Wave) stars Ji Chang-wook and Kim Ji-won.

The streaming platform previously announced that it will produce six dramas and 19 entertainment shows by the end of the year and more than 240 original series over three years.

"In the future, 'mobile-orientated' will be the keyword for Kakao M's digital content," Shin Jong-su, director of Kakao M's digital media content department, said. "We plan to continue pushing for new challenges to expand the mobile content."