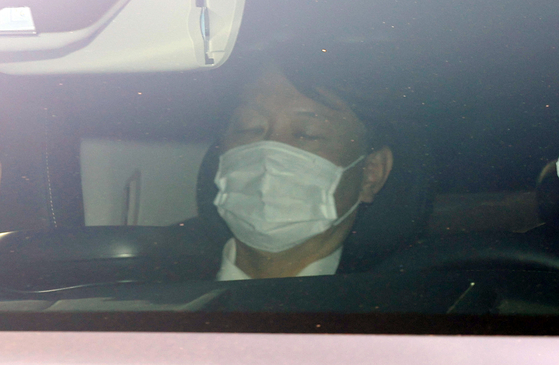 
The Ministry of Justice on Thursday postponed a disciplinary hearing for Prosecutor General Yoon Seok-youl to next week, following President Moon Jae-in’s order that the process must be seen to be perfectly fair.

“We accept [Yoon's] request to reschedule the hearing to guarantee his procedural and defense rights,” Justice Minister Choo Mi-ae said in a message to reporters on Thursday. “Taking into account the opinions of disciplinary committee members, we will postpone the hearing to Dec. 10.”

The ministry’s disciplinary committee was supposed to hold a hearing on Friday. Yoon requested a delay, saying he was not given a preparation period guaranteed by the law, and the ministry said it accepted his demand.

The rescheduling was announced hours after Moon issued a rare public order that the ministry avoid obvious flaws in the unprecedented disciplinary action against the prosecutor general.

Lee, a former judge and a powerful ally of the administration, was appointed Wednesday as vice minister of justice. He was supposed to chair the committee, according to the law governing the process. Following Moon’s order, Lee is expected to join the committee but not chair it.

Until Wednesday, Lee was an attorney for former Energy Minister Baek Woon-gyu, a primary suspect in the prosecution’s ongoing investigation into an allegedly politically expeditious decision-making process to shut down the country’s second-oldest nuclear reactor in order to accommodate Moon’s nuclear phaseout policy.

Key members of the administration, including former presidential secretary Chae Hee-bong, are accused of ordering the ministry and the Korea Hydro and Nuclear Power (KHNP) to falsify data to justify the early closing of the Wolsong 1 reactor.

Shortly after returning to his job from a seven-day suspension ordered by Justice Minister Choo Mi-ae on Nov. 24, Yoon was briefed about the progress of the investigation and authorized the Daejeon District Prosecutors’ Office to apply for warrants to detain three ministry officials, suspected of having deleted 444 digital files last year before an audit of the decision-making process to shut down the reactor. The warrant hearing will take place at the Daejeon District Court on Friday.

The ruling party and top members of the administration are reacting sensitively to the probe. They have intensified attacks on Yoon, criticizing him for defying the legitimacy of Moon’s key policy and carrying out a political probe against the administration.

On his way to work on Thursday, Lee said he will serve on the disciplinary committee, dismissing critics’ argument that he is unfit due to a conflict of interest. “Yoon is facing the hearing not because of the investigation into the nuclear reactor scandal,” he said.

Last week, Choo suspended Yoon from duty and started the disciplinary process, accusing him of ethical and legal violations. She made public six particular charges, such as breaching his duty to maintain political neutrality and ordering illegal surveillance of a judge.

After a local court granted Yoon an injunction to temporarily lift Choo’s suspension order, the top prosecutor returned to work Tuesday. While Yoon returned to his office, Choo maintained that the disciplinary process would continue as planned.

Since Choo is the petitioner, she won’t be allowed to participate in the committee's deliberations. An outside member is expected to chair them now, instead of Lee, following the president’s order that the "process must ensure procedural legitimacy and fairness."

The ministry rejected Yoon’s request to know the identities of the committee members chosen by Choo, saying it wants to protect their privacy.

The Blue House on Thursday denied media speculation that the administration already decided to dismiss Yoon and the disciplinary hearing was merely a stunt to legalize the decision.

“The Blue House already made clear that the president cannot give any guideline to the disciplinary committee,” Kang said. “And that position will remain unchanged.”

Presidential aides have said Moon will follow the decision of the disciplinary committee, as the law stipulates.

If the disciplinary committee issues a heavy punishment to Yoon, such as a dismissal, the prosecutor general is expected to challenge it in a lawsuit. Moon’s order to the ministry to ensure procedural legitimacy and fairness appeared to be preparing for an expected court battle.

Choo’s move to suspend and punish Yoon has already faced an obstacle for procedural flaws. On Tuesday, an oversight committee of the Justice Ministry concluded that Choo’s recent series of actions against Yoon were unfair and flawed because she failed to inform Yoon of the charges he was facing and did not offer him an opportunity to explain his position.