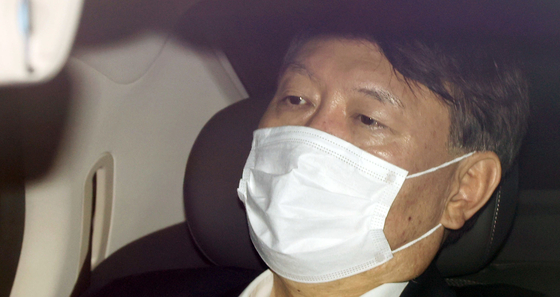 Yoon scored 23.9 percent in a Realmeter poll conducted from Monday to Thursday last week that asked respondents to name their favorite candidate for president. According to Realmeter on Monday, Lee Nak-yon, chairman of the ruling Democratic Party (DP), and Gyeonggi Governor Lee Jae-myung, also a DP member, each scored 18.2 percent, 5.7 percentage points behind Yoon.

The poll, commissioned by internet media outlet OhmyNews, had a 95 percent confidence level and a plus or minus 2.2 percentage point margin of error. 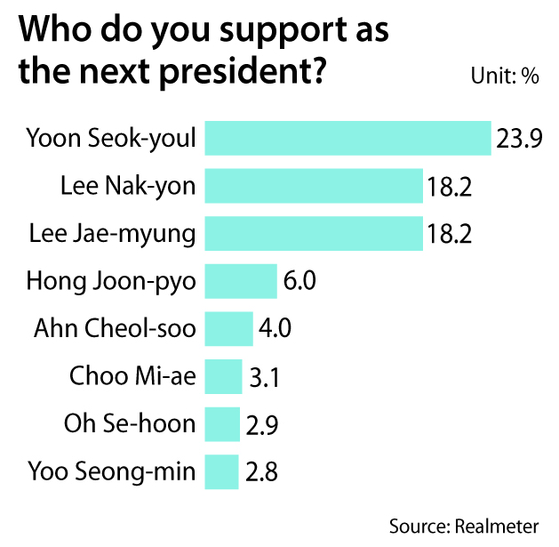 Yoon was ranked highest in previous one-off polls earlier this month, but it was the first time that he was ranked No. 1 in a regular survey.

The prosecutor general’s popularity has been steadily growing over the past three months as his war with the Moon administration intensified. He was suspended from duty twice — first by Justice Minister Choo and lately by President Moon Jae-in — but he won court injunctions both times that returned him to his post. In October, his rating was 17.2 percent, which went up to 19.8 percent in November and 23.9 percent in December. 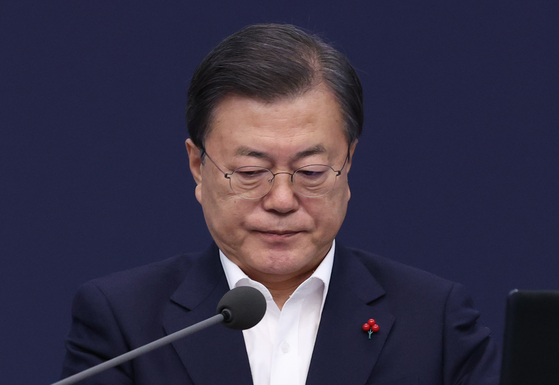 Commissioned by YTN, Realmeter conducted the poll from Monday till Thursday last week, and the survey had a 95 percent confidence level and a margin of error of plus or minus 2.2 percentage points. Public attitudes toward the Seoul Administrative Court ruling late Thursday night that halted Moon’s decision to suspend Yoon and the president’s subsequent apology on Friday were not reflected in the survey.

The ruling DP’s approval rating was 29.3 percent, the lowest since Moon took office. The main opposition People Power Party (PPP)’s rating was 33.8 percent, up 2.2 percentage points from the previous week. More information on the polls are available on the internet sites of Realmeter and the National Election Survey Deliberation Commission.

In an attempt to boost public support for his administration and party, Moon will likely accept Justice Minister Choo’s resignation in the coming days, a presidential aide told the JoongAng Ilbo.

Choo tendered her resignation on Dec. 16, hours after the Justice Ministry’s disciplinary committee approved a two-month suspension of Yoon. Moon has not accepted Choo's resignation, but sources said the president will soon do so as a damage control measure, after Yoon won a court injunction halting his suspension and returned to his post on Thursday.

When he issued a public apology on Friday, Moon said, “I apologize as the person with appointment and removal power.” Sources in the Blue House and the DP interpreted that remark as a sign Moon would process Choo’s resignation and name a replacement.

Speculation also grew that Moon will replace some other cabinet members and Blue House aides including Presidential Chief of Staff Noh Young-min and Policy Chief Kim Sang-jo in order to calm public discontent over the economy and pandemic. Criticism of Kim is running particularly high as he oversees the administration’s real estate policy and Covid-19 vaccine purchases.

Meanwhile, the PPP said it will initiate a criminal investigation into Moon and Choo for alleged abuse of power in their war with Yoon. Rep. Kwak Sang-do of the PPP told the JoongAng Ilbo on Sunday that the administration’s attempt to purge Yoon constitutes a serious crime, no different from the removal of a senior Sports Ministry official during the Park Geun-hye administration.

In 2013, Roh Tae-kang, who was director of sports in the Ministry of Culture, Sports and Tourism, was labeled a “bad person” by the president over his report that pointed out problems with special treatment given to the daughter of Park’s confidante, Choi Soon-sil. The daughter, Chung Yoo-ra, was an equestrian athlete.

Following Park’s condemnation, Roh was sacked and then sent to work at a museum. He was forced to retire from public service in 2016 after Park questioned why he was still working for the government.

Park was impeached and removed from office in March 2017 for allowing Choi to influence state affairs for private gain. Park and Choi were prosecuted, and one of the charges against Park was abuse of power to influence personnel affairs of a public servant, referring to the Roh case. Last January, the Supreme Court upheld Park's conviction on the charge.

After he took office by winning the May 2017 presidential election, Moon brought Roh back and made him vice minister of sports.

“The recent incident of unreasonable disciplinary action against Prosecutor General Yoon is far more serious than the Roh case,” said Rep. Kim Gi-hyeon of the PPP, a former judge. “Illegal actions were repeated during the process. Moon did not merely authorize the suspension. Choo must have consulted with the president throughout the process.”