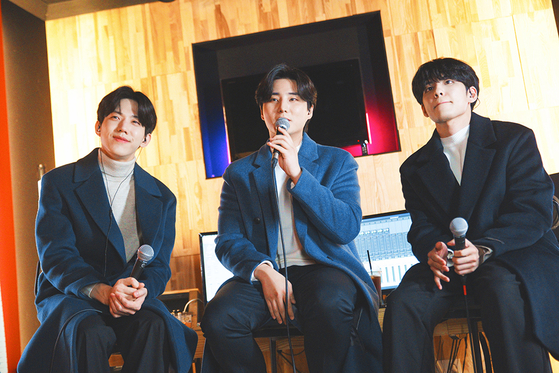 Even of Day, a subunit of rock band DAY6, performs on Wednesday on the first day of the MMA (Melon Music Awards) Week [MMA]


K-pop fans are in for a busy weekend with two of Korea's biggest music awards — the Melon Music Awards (MMA) 2020 and the 2020 Mnet Asian Music Awards (MAMA) — set to hold their ceremonies on Saturday and Sunday, respectively.

The MMA, which began on Dec. 2 to kick off MMA Week, will hold its main ceremony on Saturday featuring a stunning lineup of stars spanning a wide range of Korean music.

K-pop megastar BTS will take to the stage along with boy bands Monsta X and Tomorrow X Together and girl groups IZ*ONE and Oh My Girl, as well as trot stars Lim Young-woong and Youngtak, rappers Simon Dominic and Code Kunst and indie band Jannabi.

This year's MMA takes place under the theme of "ordinary everyday life," which we all wish to return to, according to the production staff of the music awards.


"We plan to tell the story that even right now, we are on our way to going back to our ordinary lives. We hope to console people's hearts despite the fact that an offline performance cannot be held," the producers said in an official press release.

The performance starts at 7 p.m. via Kakao TV. Earlier this week, the MMA announced its list of recipients who have excelled in different fields of Korean music, as well as presented diverse video content featuring popular stars and influencers. 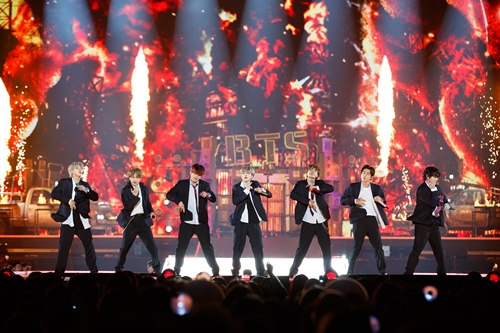 
The MAMA will begin on Sunday at 6 p.m. on cable channels Mnet and Olive, under the theme New-Topia.

"In a world that has lost contact due to the [coronavirus] pandemic, the 2020 MAMA hopes to open up the gate to New-Topia and connect the world through music," organizers said.

The highlight of the ceremony will be a performance by BTS. Other acts set to take to the stage include boy bands Seventeen and NCT and girl groups Twice and IZ*ONE.

The MAMA has been held every year for 12 years and is considered one of the biggest music awards in Asia, especially popular for the large-scale performances and collaborations between stars.