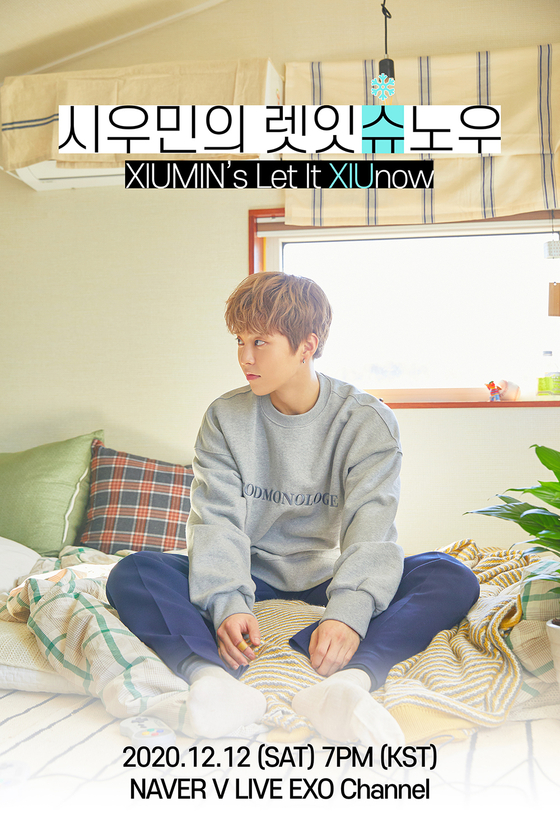 The poster for Exo member Xiumin's upcoming online event, the first one since his discharge from the military. [SM ENTERTAINMENT]


Xiumin, a member of boy band Exo, will hold a special live event to celebrate his discharge from mandatory military duty, his agency SM Entertainment announced on Monday.

The live show will be streamed online on Dec. 12 at 7 p.m. through Naver V Live's channel for Exo. The event is titled “Xiumin’s Let It XIUnow.”

The singer, who started his military service in May last year, was discharged from his duties on Dec. 6.

The live show will be the first time for the singer to interact with fans after his military discharge. He will discuss how he's been doing during his absence from the entertainment scene and will sing some songs.