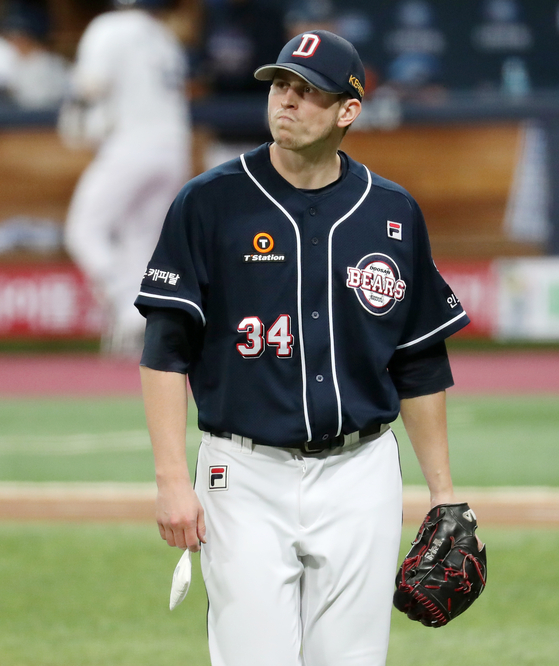 
Doosan Bears’ pitcher Chris Flexen is heading back to the major league.

MLB Trade Rumors reported that Flexen signed a two-year contract with the Seattle Mariners. According to Trade Rumors, Flexen is guaranteed $4.75 million over the next two years.

The contract also stipulates that the Mariners can’t send Flexen down to the minor league without his consent.

Flexen’s absence is expected to be a huge blow to the Bears, as they will now have to search for at least one new foreign player in addition to their ongoing negotiations with their big free agents.

Flexen made his KBO debut this year, picking up eight wins and four losses throughout 21 starts to finish his first KBO season with a 3.01 ERA.

Although he struggled in the regular season due to an injury, Flexen made a big comeback in the postseason.

In the second round of the postseason, Flexen made two appearances and had a solid 1.74 ERA to help the Bears advance to the Korean Series.

Although the Bears weren’t able to win the Korean Series, Flexen made sure to get his job done throughout.

Heading back to the major league, it won’t be much of a new environment for Flexen as he joined the KBO in 2020 after playing a few games for the New York Mets up to the 2019 season.

Having gained more playing time in the KBO, Flexen is expected to perform better for the Mariners in the upcoming season.

Choi Ji-man picks up a run in ALCS debut