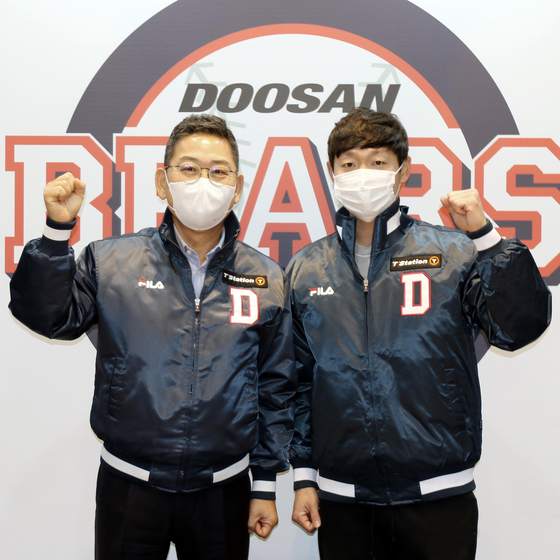 
The Doosan Bears have re-signed outfielder Jung Soo-bin on a six-year deal, meaning the Seoul club is now two in, two out in the free agent market.

Jung is the fourth Doosan free agent to sign a contract this year and the second to return to the club. Third baseman Heo Kyoung-min signed a four-year deal with the Bears last week, while second baseman Choi Joo-hwan and first baseman Oh Jae-il have both accepted offers from other clubs — Choi has moved to the SK Wyverns and Oh to the Samsung Lions.

Jung was drafted by the Bears in the fifth round of the second rookie draft in 2009. He joined the lineup straight away, appearing in 85 games in the 2009 season before building his way up to 128 appearances in 2011.

Jung was reportedly being courted by the Hanwha Eagles in the free agent market, but ultimately chose to stay with Doosan.

After signing the new contract, Jung thanked the club for the opportunity and said he is proud to be a one-club "Bearsman." He also promised to run even harder next season.