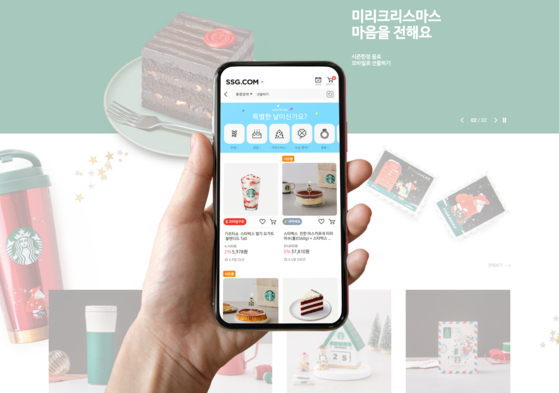 Online gift services are on the rise amid the pandemic. According to SSG.com, the online shopping platform of Shinsegae Group, its sales from gift services during the January-to-November period jumped 65 percent compared to the same period a year earlier. [SSG.COM]


Staying close and keeping your state-mandated distance has never been easier, retailers say. Just use their online gift services from the comfort of your own isolation, wherever that may be.

According to SSG.com, gift service sales during the January-to-November period jumped 65 percent compared to the same period a year earlier. Sales grew especially fast ahead of the Christmas and New Year’s Day season.

Since SSG.com first introduced an online shop for Starbucks Korea in late November, the coffee chain’s 30,000-won ($27) and 50,000-won e-Gift Cards have ranked first and second on SSG.com by sales.

During the Dec. 2 to Dec. 8 period, the number of orders made for Starbucks Korea’s products soared 50 percent compared to the first week of introduction. The e-commerce operator sells a range of Starbucks products, including food, juices and merchandise, but not coffee.

In SSG.com’s gift service, sales in the cosmetics category in January to November nearly doubled compared to the same period a year ago. One out of four customers who purchased cosmetics through the online platform bought color cosmetics products such as lipstick.

Sales of food rose 82 percent during the same period, according to the e-commerce site. Of that, 59 percent of the sales were for fresh food products. Roasted Korean beef and shine muscat seedless grapes were some of the best-selling products in the food category.

“We’ve been trying hard to offer a larger variety of options to customers as more are preparing their year-end gifts for families and friends online,” Lee Jong-hoon, a merchandiser at SSG.com, said. “As the Starbucks Korea online shop has been getting very good feedback from customers, we are planning to launch a ‘Merry’ series with five goods from the coffee chain, including tumblers, mugs and glasses, on Friday.”

Demand for e-coupons has also increased.

According to Auction, an e-commerce operator, sales of e-coupons for department stores and supermarkets during Nov. 8 to Dec. 8 were up 41 percent compared to same period last year. 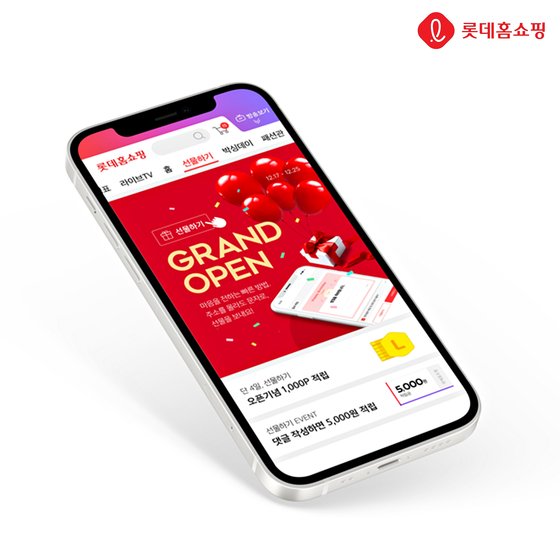 The sales of e-coupons for Lotte Homeshopping soared 70 percent so far this year compared to the same period a year ago. [LOTTE HOMESHOPPING]


Lotte Homeshopping said sales of e-coupons so far this year soared 70 percent compared to the same period a year ago.

The popularity of online gift markets is largely driven by people in their 50s and 60s. According to KakaoTalk, a messaging app, transactions on its online gift shop were up 47 percent during the first half of the year compared to the same period last year. Of those, transaction made by people aged 50 or above increased by 70 percent—the highest increase rate among all other age groups.

Kakao Commerce, operator of KakaoTalk Gift, said the transaction volume for the online gift service is expected to rise further in the second half of the year as more people in the middle-aged group have been entering the market. The company estimates the sales of kitchen products will likely increase more than twofold, while luxury items have increased fivefold during the second half compared to last year.

“The recent popularity of our online gift service is largely due to the high demand of online shopping amid the virus pandemic, as well as the growing interest from people in their 50s and 60s who were not major customers of online shopping until now,” said a spokesperson for Kakao Commerce.