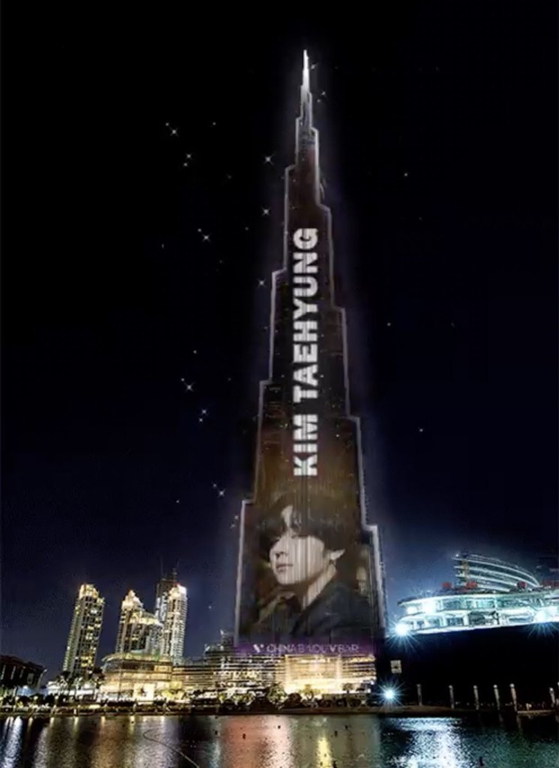 V, or Kim Taehyung, a member of BTS, will appear on the walls of the world’s tallest building Burj Khalifa in Dubai on Dec. 30 as a birthday gift from his Chinese fans. [TWITTER CAPTURE]


The images of BTS member Kim Taehyung, also known as V, will appear on the walls of the world’s tallest building, the Burj Khalifa in Dubai, on Dec. 30 as a gift for his 25th birthday from his Chinese fans.

China Baidu V Bar, V's Chinese fan club, recently announced they had raised $1 million for projects to celebrate the K-pop artist’s birthday and will fund an ad campaign on the light-emitting diode walls of the skyscraper, which is often dubbed one of the world’s most expensive advertising billboards.

The congratulatory messages, along with V’s image, will appear on the 828-meter (2,717-foot)-high landmark in the capital city of the Emirate of Dubai for three minutes, beginning at midnight (Korean time) on Dec. 29. At the same time, the Dubai Fountain, the world's largest choreographed fountain located near Burj Khalifa, will present a water show based on "Winter Bear," a solo song written by V.