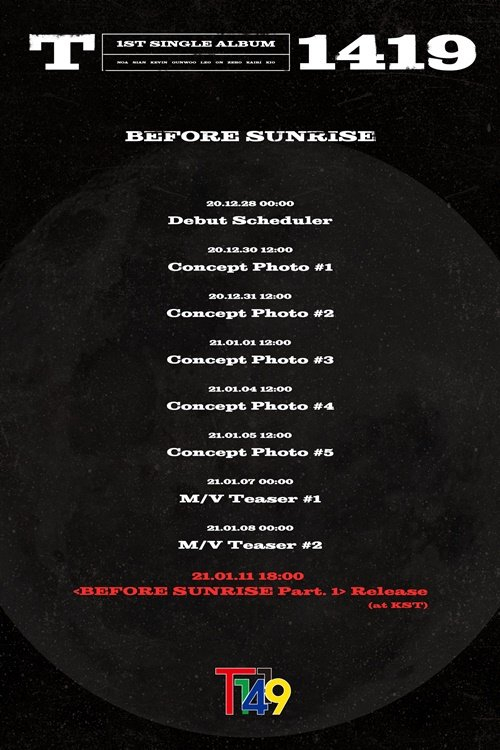 The upcoming schedule before the debut of T1419 is shown on the poster released on Monday. [MLD ENTERTAINMENT]

The new group with nine members will release its debut album “Before Sunrise Part. 1” on Jan. 11, and from Dec. 30 to Jan. 8 will share images and videos to keep the hype going up until its debut.

From Dec. 30 to Jan. 5, the group will release a concept photo every day. Then, on Dec. 7 and 8, it will release a teaser for its music video before the full video drops on Jan. 11 alongside the single.

The group had previously shared the news of its upcoming debut with a handwritten letter through its official social media channels on Dec. 23.