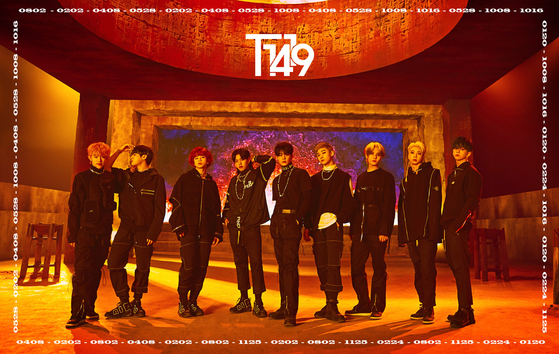 
New boy band T1419 has signaled its debut with an online showcase Monday.

The band consisting of nine members, produced by MLD Entertainment in conjunction with IT company NHN and Sony Music is releasing its debut album “Before Sunrise Part. 1” at 6 p.m.

The name T1419 comes from the idea that the members won’t forget the thoughts they had as they were preparing for debut. They ranged in ages from 14 to 19 when they first formed the group two years ago and the T stands for teenager.

“Many in their teens have a lot of worries,” said member Noa during the online showcase. “We will speak about those worries that teenagers have and embrace them.”

The band is made up of five Korean members and four Japanese members. Japanese member Zero asked fans to watch what harmony and chemistry the members from two different countries make.

Korean member On shared that popular group Momoland with the same agency advised that each and every member should have their own killer point to appeal to many.

Following the release of the album, the members will have a debut show on Naver V Live from 6:30 p.m.