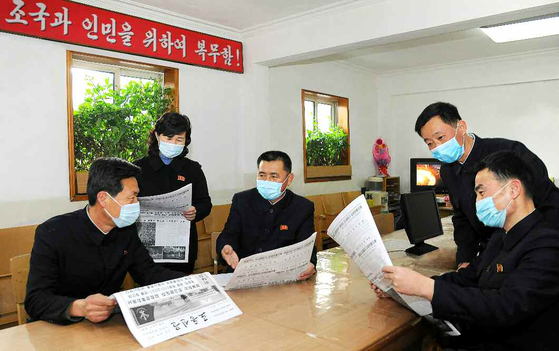 
North Korea has filed an application to get Covid-19 vaccines from a global organization helping poor countries inoculate, according to a Wall Street Journal report on Monday.

Pyongyang was one of 86 lower-income countries that submitted detailed vaccine requests to Gavi, the vaccine alliance, the report said. The regime also sent inquiries to several European embassies about other methods to acquire vaccines.

Gavi is a co-leader of Covax, a program that aims to ensure equitable access to vaccines for all countries. A total of 1.3 billion donor-funded doses have been secured by Covax for lower-income countries, enough to cover around 20 percent of their populations, said a spokesperson from Gavi.

The organization added that while the initial inoculations were planned for the second half of this year, additional doses would be available by 2022, though delivery of any vaccines would be contingent upon individual countries’ readiness and regulatory approvals.

The North’s attempt to obtain vaccines is at odds with its ongoing claim that it has had no confirmed Covid-19 cases on its soil.

According to statistics, it has voluntarily submitted to the World Health Organization that the regime tested 11,707 people for the virus as of Dec. 17, with no apparent infections.

For suggesting the regime is misreporting its actual Covid-19 situation, South Korea’s Foreign Minister Kang Kyung-wha was the subject of a vitriolic attack by the North’s Kim Yo-jong, the younger sister of its leader Kim Jong-un, last month.

“We will never forget her words and she might have to pay dearly for it,” the younger Kim said in a statement that highlighted the sensitivity of the matter in North Korea.

In the lead-up to an important Eighth Party Congress imminent sometime this week, Pyongyang ramped up its nationwide social distancing campaign, while fortifying controls on its border with China, according to state media.

The Rodong Sinmun, the North’s official party newspaper, said in a report Tuesday that all factories, enterprises and neighborhood units were “encouraged to rev up the mass antiepidemic atmosphere in order to overcome the ongoing difficulties by dint of collectivism,” hinting that efforts to contain the virus are necessary.

The country made no response to South Korea’s offer to send aid in combatting Covid-19, or to the remarks by Seoul’s Minister of Unification proposing the South donate some of its vaccines to the North.

The ministry said it could not confirm whether Pyongyang was making efforts to obtain vaccines independently.

Meanwhile, little news of the upcoming party congress has been reported from state media, as expectations build on what new policies may be unveiled at the event.

The congress is the biggest political event in North Korea and the upcoming event will be the first time it is held in four years.

Officials in South Korea said the event will be scaled down compared to the Seventh Party Congress in 2016, given the heightened Covid-19 prevention measures in place.