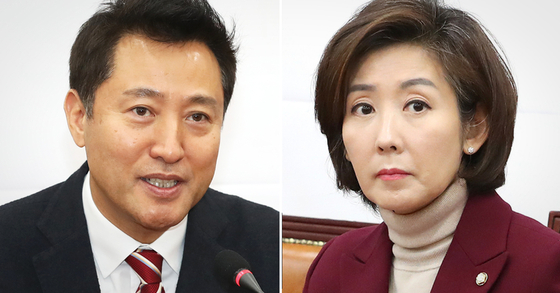 
Competition inside the conservative opposition People Power Party (PPP) to run in the upcoming Seoul mayoral by-election is growing as seven politicians have declared bids — and more are expected .

Oh Shin-hwan, a 49-year-old former lawmaker, held a press conference at PPP headquarters and declared a bid in the Seoul mayoral by-election on April 7. “I am running to pass judgement on the Moon Jae-in administration’s failure and open a new future for Seoul,” Oh said.

The party is expected to hold a primary to finalize its candidate.

Oh, who started his political career by winning a legislative election in 2000, won the Seoul mayoral race in 2006 and was re-elected in 2010. He stepped down in August 2011 after losing a referendum on his plan to offer free school lunches to 30 percent of Seoul's students.

Park Won-soon was elected his successor in 2011 and was re-elected in 2014 and 2018. Park committed suicide last July following an allegation that he had sexually harassed his secretary. The vacant post will be filled by the by-election.

Na is a former four-term lawmaker. She served as the opposition party’s floor leader from 2018 till 2019.

Oh told the JoongAng Ilbo on Monday that he had met with Na to discuss a plan to prevent a split of conservative votes between the PPP candidate and Ahn Cheol-soo of the People’s Party. Ahn declared his bid last month. 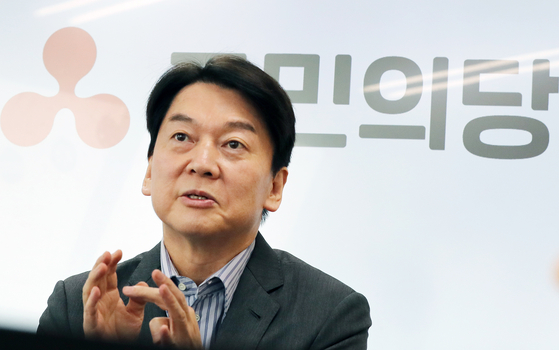 
“I met with Na on Sunday and discussed a possibility of candidate consolidation,” Oh said. “I told her consolidation is necessary, but my thoughts and her thoughts were different.”

Ahn flirted with running for mayor in 2011, and had over 50-percent support in surveys conducted a month before the election. But he ended up not running and supporting Park. In 2018, he ran against Park, but came in third.

Ahn’s bid is expected to split conservative votes. In the 2017 presidential election, Moon was elected with 41.08 percent. Hong Joon-pyo of the Liberty Korea Party, the predecessor of today’s PPP, scored 24.03 percent and Ahn 21.41 percent. Together, the two conservative candidates scored 45.44 percent.

According to a survey by WinGKorea Consulting announced Tuesday, Ahn was ranked highest among the opposition contenders. He scored 28.5 percent, while Na was backed by 12.9 percent and Oh 12.6 percent. Seocho District head Cho won 7.1 percent in the survey, conducted over the weekend with 1,006 voters in Seoul. The poll had a 95-percent confidence level and the margin of error was plus or minus 3.1 percentage points.

In contrast, there is only one ruling party politician who has declared a bid: Rep. Woo Sang-ho of the Democratic Party (DP). 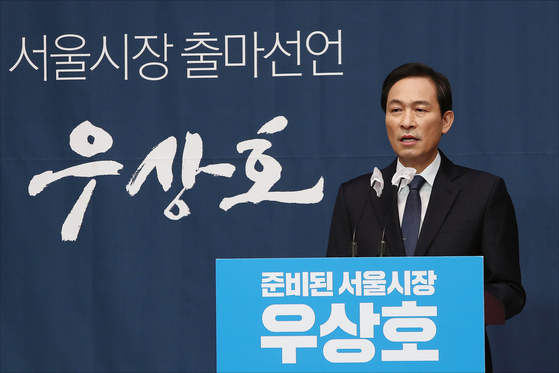 Rep. Woo Sang-ho of the Democratic Party announces his bid to run in the Seoul mayoral by-election at a press conference on Dec. 13, 2020. [YONHAP]


Woo even received the blessing of a potential rival, Im Jong-seok. The former presidential chief of staff was considered a potential candidate, but isn't running.

“I have aggressively urged Woo to run,” Im wrote in a Facebook post on Monday. “There are some people who are urging me to run in the Seoul mayoral by-election, and I told them every time that I support Woo with all my heart.”

Woo, a four-term lawmaker from the DP, announced his bid on Dec. 13. "This is my final political challenge,” Woo said. “I won’t use it as a ladder to climb in my career. I will not run in the next legislative election no matter what happens.”