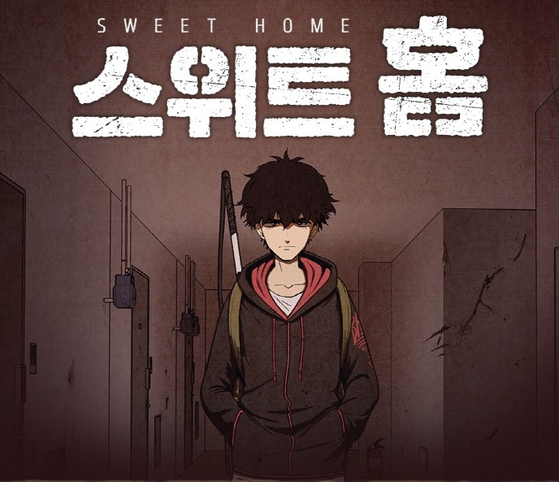 
Kim Carnby and Hwang Young-chan, the authors of the Naver webtoon series "Sweet Home," say their concerns have been replaced with feelings of joy after seeing the success of the Netflix original action series adaptation of the same name, not to mention the increasing number of social media followers from all over the world.


“I never thought that a drama series about monsters could be made in Korea,” said 39-year-old Kim, whose real name is Kim Min-tae. Kim was in charge of the brain mapping of the storyline while Hwang gave life to the work with his illustrations.

The duo first came together in 2014 to start a mystery thriller webtoon series titled “Bastard,” depicting the life of a high school student who lives with his psychopath father. After the two-year work finished, it wasn't long before they joined forces again in October 2017 to work on “Sweet Home.”

The webtoon has been translated into nine different languages and has seen a total of 1.2 billion aggregate views from October 2017 to June 2020. The story follows Hyeon-su, a high school loner, and his fight against a monster outbreak with the neighbors of his apartment complex. 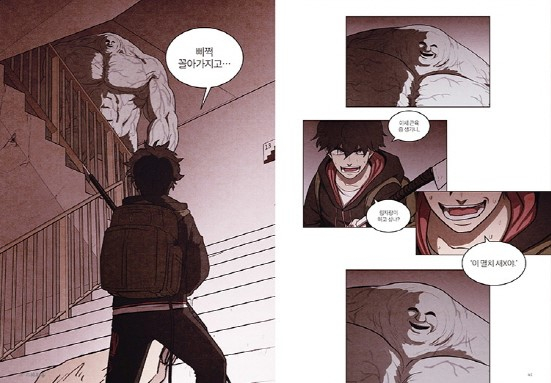 Hwang expressed joy, after believing that "having a drama made from his work and being successful was something that would happen in his world."


The two go all the way back to university, when they first became acquainted while attending Chungkang College of Cultural Industries. Kim debuted in 2006 with “Hanging Doll” (translated, 2007-08) and started working as a duo with an author using the penname Aruani under the name Team Getname. Hwang debuted in 2009 with “Biheun.” When they first started working together, they mostly kept their meetings in the online realm, they said.

The two sat down for a video interview with the JoongAng Ilbo, an affiliate of the Korea JoongAng daily, to share their thoughts on the second success of their joint work. Below are edited excerpts. 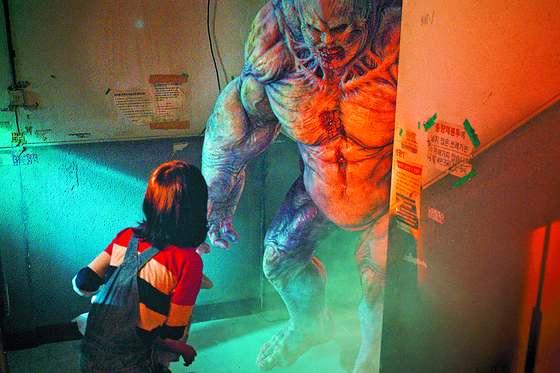 A scene from the Netflix original series ″Sweet Home″ where a character encounters a monster. [NETFLIX]

Did you watch the Netflix “Sweet Home” series when it first came out?


Kim: I watched it two days after it came out.


Hwang: I watched it a week later. It kind of felt like it was work (laughs). But I did watch it in one sitting.

There were a lot of scenes that were different from the original webtoon, such as the result. What did you think about those?


Kim: I think the [Green Home] apartment complex has become more run-down than the original. I wanted to visit the set, but I couldn’t because of the coronavirus. I knew that the later parts of the drama would be different so I wasn’t that surprised.


Hwang: I didn’t expect the army to get involved, though. But I really liked how the criminal gang was depicted.


Kim: I felt very relaxed because I’ve watched both dramas. But because this would be the first monster genre drama to be made in Korea, I thought it might be hard for the director to grasp.


Hwang: But it turns out that we were worrying for nothing.

The yeongeun monster in ″Sweet Home″ in the webtoon, left, and in the Netflix series, which gained its nickname from its similarity to a lotus flower root. [NAVER WEBTOON, NETFLIX]

Which monster do you think turned out best in the drama?


Hwang: The readers called it the yeongeun [lotus flower root] monster [given its nickname for its similarity to the plant]. It was so hard to draw, but it had the biggest impact on making the work a success.


Kim: Every monster came out awesome, but I think the yeongeun monster kept most faithful to the original.

The monsters within “Sweet Home” present themselves in different shapes and sizes according to the different desires they had before death. How did that idea come about?


Kim: I didn’t like the idea of conventional zombie films where they fall victim to ruthless infections. I thought about the premise that people could overcome [the symptoms] with their minds and strong will, and then I could come up with some very compelling scenes.
At first, it began with a cancer-like ego that’s formed within the human body that wants to escape. The monsters had their bodies turned inside-out. That’s why the main character was a loner stuck at home, so that he would have the urge to stay inside and not go outside. That affected his monster ego and means he became immune to becoming a monster.

Who was your favorite human character?


Hwang: That would be Cha Hyeon-su. It felt so fulfilling to see the character that I’ve been drawing for years be acted out by such an awesome actor [Song Kang]. I saw that the small props like ramyeon boxes were synced perfectly with with the original.


Kim: [I liked] Jeong Jae-heon [the teacher who fights with a real sword], portrayed by actor Kim Nam-hee. I think he showed more than the original work. I liked the battle scene in the elevator [with the security guard monster], but I think the moment that Pyeon Sang-wook [actor Lee Jin-uk] steps out from behind the shutter doors to sacrifice himself but Jeong Jae-heon stops him opened up a new chapter in the two characters’ relationship, which was very refreshing.

The main character Hyeon-su of ″Sweet Home″ in the webtoon, left, and in the Netflix series. [NAVER WEBTOON, NETFLIX]

Did you know that the webtoon’s fans were disappointed to see that Hyeon-su’s story shrunk a bit?


Kim: I’ve come across fans’ responses and gotten messages on social media as well. I think there’s something to gain in every loss, so Hyeon-su’s part may have been downplayed a little, but I think that lets other characters’ diverse relationships develop into unique monsters. 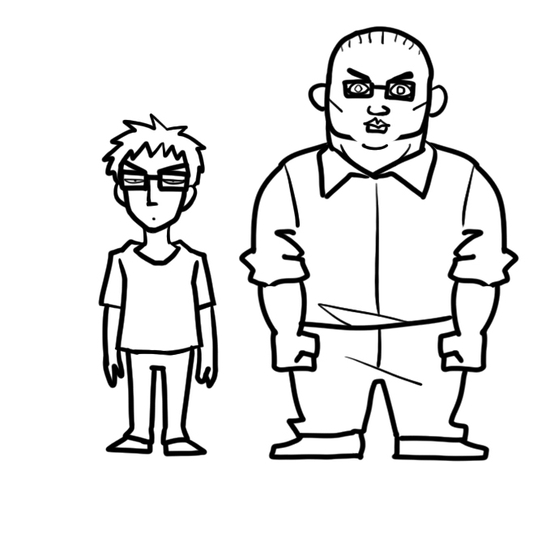 What monsters do you think you would be if you were a part of that world?


Kim: A home-bound monster. I don’t think I’d ever leave my room.


Hwang: I actually think you’d be a monster that pokes around everywhere. I once drew Kim Carnby as a devil character stabbing my head (laughs).


Kim: I think you have a problem with me just handing you stories to work on (laughs). I think Hwang would be a monster that goes around smelling flowers. He would be a very soft-hearted and teary-eyed monster.


Hwang: I actually think I would be a healthy-looking muscled monster. I envy that.

How do you find working together?


Hwang: Carnby comes up with very interesting stories. I’m a bit simple, but I think our differences influence each other in a good way.


Kim: Hwang is diligent in everything he does. His illustrations are unique yet very liked by the public. His conventional taste and my minor style meet in the middle to create our work.