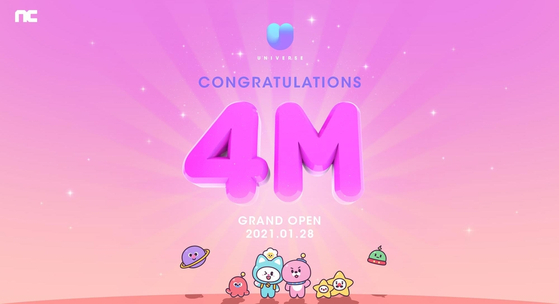 NCSoft's K-pop platform Universe is set for a global launch on Jan. 28. [NCSOFT]

The platform allows fans across the globe to enjoy both online and offline activities of certain K-pop groups using the company’s artificial intelligence, motion capture and scanning technology.

The platform is also preparing to launch its own original content.

As of Thursday, more than 4 million users had pre-registered to use the platform since last November. Eighty percent of the users are international from 188 countries including the United States, Japan, Taiwan and Indonesia.

NCSoft also announced the date of its online concert “UNI-KON” which will be livestreamed through the platform on Feb. 14. 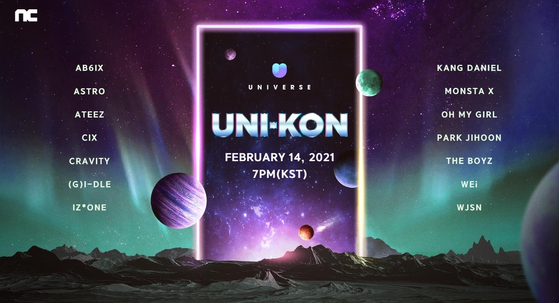 The company emphasized that it will use technology such as augmented reality, mixed reality and extended reality for a vivid virtual experience.

More information about the platform and the concert is available via Universe’s official website (www.universe-official.io/kr).