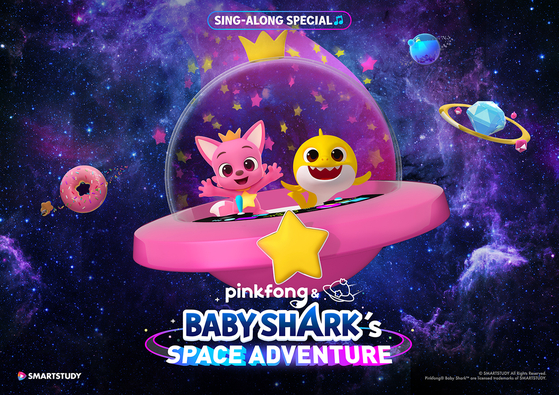 "Pinkfong & Baby Shark's Space Adventure" revolves around Pinkfong, the pink fox, and Baby Shark Ollie as they travel around space to find the missing pieces of their spaceship which they lost after an incident with a comet. The film includes a total of 27 sing-along tracks.

The episode "Baby Shark's Big Fishmas Special" was released for Christmas and topped the viewership ratings for all children's programs of the week in the first week of release.

"We promise to bring global fans great joy with our long-form content on various platforms such as OTT [over-the-top video platform] services as well as terrestrial channels and paid channels, especially now that 'Baby Shark's Big Show!' awaits its premiere around the world," said Kim Min-seok, head of SmartStudy.