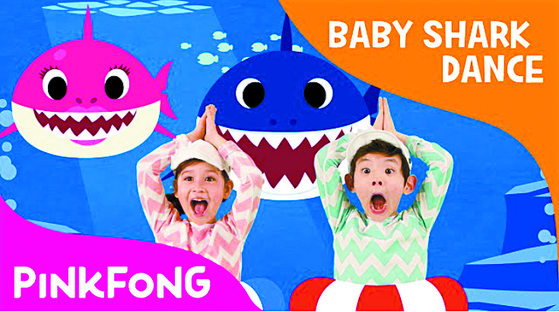 Baby Shark by SmartStudy is scheduled to be aired on Discovery Channel this week. [SCREEN CAPTURE]


“Baby Shark,” a popular animated show from local educational start-up SmartStudy, is landing on the shores of the United States. It will be introduced during Discovery Channel's “Shark Week” from Aug. 9 to 15.

“Shark Week” is an annual week-long celebration of sharks, mainly focused on shark preservation and correcting misconceptions about them. It has been aired since 1988.

“Shark Week with Baby Shark” will air daily at 8 a.m. during Shark Week, with songs and animated episodes.

The popularity of Baby Shark is linked to the “Baby Shark Dance,” which became a YouTube hit. As of March, the English-language version had 4.6 billion hits.